Which way do we go? 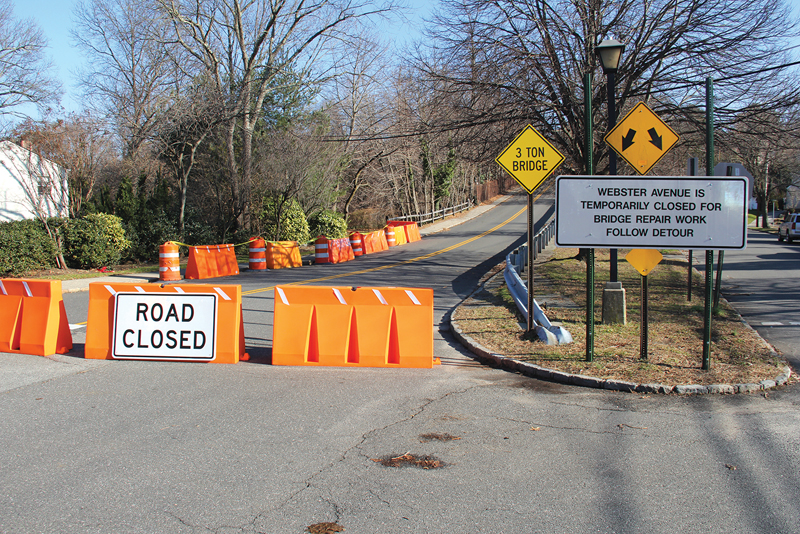 Manhasset residents and travelers are having a conundrum with the signs posted by Long Island Rail Road officials working on the Webster Avenue Bridge causing major headaches for drivers. Most detour signs are supposed to route you away from the construction. The LIRR has signs leading you directly to it. Traffic has escalated on Plandome Road due to the closure.

Detour signs from Plandome Road actually encourage drivers to ride towards the Webster Avenue Bridge only to be detoured to the closed bridge and forced to make a left on Brookwold Drive.

On the unincorporated side of Manhasset, detour signs lead you toward the bridge on Mason Drive, upon arriving at the construction site are greeted with “End Detour” sign with a “No left turn” arrow sign at the road closure. The only signage that indicates the bridge is closed for construction is located by the bridge in Plandome Heights. The Manhasset Greater Council of Civic Associations has alerted the Town of North Hempstead as well as LIRR officials. 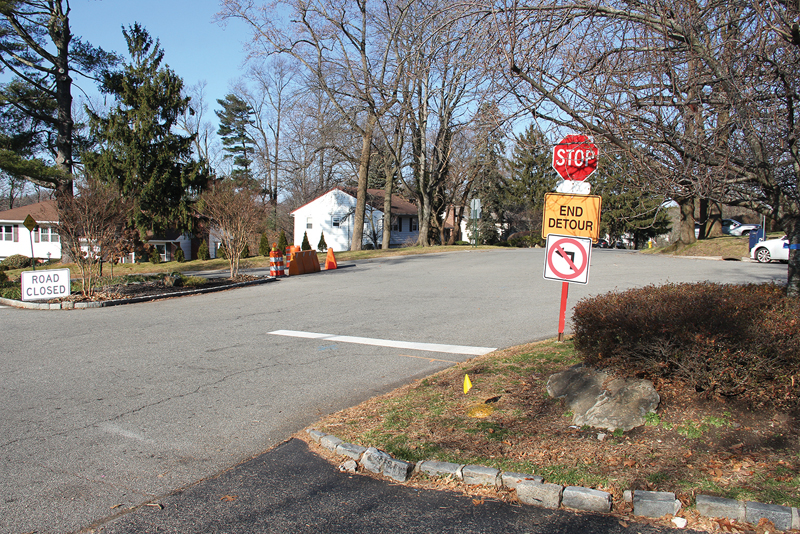 Signs indicating “Webster Avenue Bridge Temporarily Closed” should be placed at the head of Webster Avenue and Plandome Road and the head of Mason Drive and Nassau Avenue giving drivers clear indication of the construction.

“The MPT plan was originally designed to get drivers from one side of the bridge to the other,” said Ryan Attard Reilly of the MTA LIRR Government and Community Affairs. “In this case, it would be from the intersection of Bridge Road and Pinewood Road to the intersection of Webster Avenue and Brookwold Drive, and vice versa.“

However, the bridge closure which is a cut through for LIRR commuters as well regular Manhasset traffic from Upper Plandome, Flower Hill, Port Washington and Munsey Park to the other side of Manhasset forcing all traffic to clog the already overflowing traffic of Plandome Road.

The construction which is well underway is due to continue until 2019. Village and town officials have met with LIRR in regard to the needed repairs, the timeline, plan and signage. The bridge is 120 years old and in poor repair. According to the Village of Plandome Heights, the work started quickly and the signage has been evolving.

“The Village of Plandome Heights has been working with LIRR leadership and our neighbors in Flower Hill and the town on the Webster Avenue bridge project,” said Plandome Heights Mayor Kenneth Ricisica. “We have expressed our view that the current signage is excessive and confusing and should be replaced with “Webster Avenue Bridge Is Closed” signs on key roads that would normally be used to access the Bridge (like Plandome Road). LIRR has been responsive to our input and I expect that the signage will be changed shortly.”

The construction began the first week of December 2018, and is scheduled to run six weeks according to the MTA website. Residents are cautioned to leave a few minutes earlier when driving to Plandome Road due to the bridge closure.

In addition to the railroad construction, PSEG has dug up Mason Drive from Nassau Avenue to Bridge Road with metal plates and all sorts of equipment blocking the roadways.