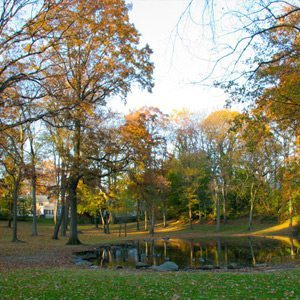 At a recent public meeting, the Munsey Park Board of Trustees unanimously approved a local law that would potentially allow the village to exceed the state-mandated 2 percent tax levy cap when crafting its 2014-2015 budget plan.

However, Munsey Park Mayor Frank J. Demento stated that the act of passing this law wouldn’t necessarily mean that the Board of Trustees would chose to exceed the tax cap; it merely would serve as a safety net of sorts, he said.

“We vote on it every year. You can’t go above the 2 percent tax cap unless you pass a law like that every year, and every municipality votes on that law every year and passes it,” he said. “It’s not that we’re going to raise the taxes above two percent, but in case there’s an emergency it gives you the option to do. Every year it’s something we do, but we never go above the two percent…in fact, based on projections, I think we’re going to go the other way this year.”

Another local ordinance unanimously passed at the board meeting involved the legal placement of basketball hoops and poles within what is defined as “the Village right of way.” Trustee Patrick Hance clarified the matter, saying that the law simply serves to prevent the likelihood of an errant basketball hitting a neighbor’s home.

“This was an update of an existing law [that] makes it clear that you can’t put a basketball hoop within the Village right of way, which is considered either side of the street and about six to ten feet into each person’s yard,” he said. “People can put them at the top of their driveway, or in their backyard, but just not on or near the street.”

In addition, Inspector Sean McCarthy, commanding officer of the Nassau County Police Department’s Third Precinct, gave a comprehensive update to the community on crime statistics in the Munsey Park area.

Among the topics covered in McCarthy’s report, one major one involved the reported capture of a suspect who was allegedly responsible for at least eight burglaries in the Manhasset area about a year and a half ago.

“We’re 98 percent sure that we have the guy, but we haven’t spoken to him yet,” he said. “He was picked up in Manhattan on an unrelated crime, and during the course of inventorying his property, a couple of credit cards from residents in this area were recovered, and we have informed their owners. When he is released, we will be notified, and we’ll be there to meet him at the door when he comes out.”

McCarthy also discussed a recent troubling rash of criminal activity known as “front-door kicks,” the most recent occurrence being at a home on Chapel Road.

“We think that the guy took on the house because he thought it was unoccupied,” he said. “He kicks in the door, there’s a scream from the occupant, and he flees. We set up a perimeter, used K-9s and aviation, but we couldn’t find him. We’ve been looking at the addresses where he has struck to see if we can come up with some commonalities. We also have extra patrols out and our plain-clothes detail out here at night.”

Overall, however, McCarthy said that the crime rate in Munsey Park is not on the rise; to ensure that it remains that way, he offered a number of tips that he urged local residents to follow to help keep themselves and their homes safe and secure.
“Always make sure your cars are locked, and that you haven’t left valuables out in plain sight on seats,” he said. “We also recommend installing motion sensor-activated exterior lights on your home, as well as timers on the lights inside; be especially sure to do this if you’re going on vacation. If your home looks unoccupied, it increases the chance that someone might try to break into it.”