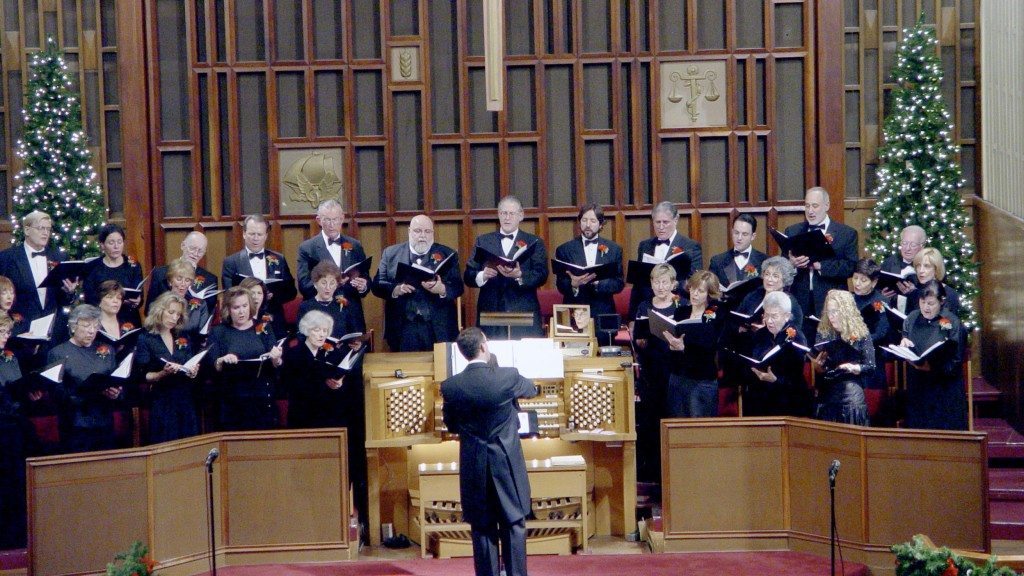 Celebrating another year of classical choral performances, the Varsity Choral Society (VCS) will proudly present its 30th Annual Christmas Concert on Sunday, Dec. 22, at 4 p.m. at the Congregational Church of Manhasset. VCS’s membership consists of both professional and amateur vocalists from Manhasset, Port Washington, and the greater Town of North Hempstead. Every year, the choir embraces performing ambitious programs and has built a faithful audience; its concerts usually attract more than 300 people.

Led by Director Craig S. Tocher and accompanied by an orchestra composed of strings and organ, VCS will perform the Christmas portion of, and “Hallelujah Chorus” from, G.F. Handel’s Messiah. Soloists will be Jason Hendrix (of the Metropolitan Opera), Melissa Maravell (formerly of the New York City Opera), Molly Davey (a former soloist with the Congregational Church of Manhasset), and Robert Horowitz (currently a soloist with the Congregational Church of Manhasset). The choir also will perform Ariel Ramirez’s Navidad Nuestra, a spirited work based on Argentine dances and songs, with guitar, piano and percussion accompaniment.

Solos during the second half of the concert will be “Winter Was Warm / Lord’s Bright Blessing” performed by April Lindevald (formerly of the New York City Opera), ‘Mille Cherubini in Coro” will be sung by Jane Murphy (a song leader at Our Lady of Fatima R.C. Church in Port Washington), and “Panis Angelicus” will be presented Stanley Lacy (of the New Camerata Opera Company in New York City). “Sound the Trumpet” will be performed by Mark van Schenkof (formerly the choir director at Manhasset High School) and Dr. Joseph d’Angelo (a former English teacher of Manhasset High School), and “Christmas Shopping Blues” will be given by a trio composed of Nancy Morris, Jan Richardson and Lynne Stebbins.

The afternoon will conclude with a traditional audience sing-along of holiday favorites which will be preceded by the always humorous—and different—thoughts expressed by Dr. Clyde Locke concerning “hasty pudding.”

VCS is the specialized choral division within Play Troupe, Inc. It was originally formed in 1989 to honor Jerald B. Stone, a choral director at Paul D. Schreiber High School in Port Washington, who led a school ensemble named “The Varsity Choir” and later served as VCS’s first director. Mr. Stone inspired his students to pursue excellence in music and forge long-lasting collaborations—a legacy now carried forward by Mr. Tocher and the current ensemble.

Tickets for the are $20. and may be purchased in advance of the concert at www.coleman-pension.com/vcs/vcspay.htm or at the door of the church on the day of the performance, located at 1845 Northern Boulevard in Manhasset.

For more information or to become an individual or corporate sponsor, please email redhorowitz@gmail.com. Tax-deductible donations are accepted (made out to Varsity Choral Society) at 87 Hilltop Drive, Manhasset, NY 11030.