From an individual standpoint, it will be hard for Manhasset’s star lacrosse player Tyler Dunn to top last season. He scored 22 goals, added three assists—and was named All-American. His focus now will be on getting his team at least one game further.

The Indians were defeated by Lynbrook in last year’s county championship with a score of 8–4. Lynbrook was 18–1 during the season, but Dunn isn’t intimidated by any means.

“My goal is to make it to states this year,” says the 25th-ranked lacrosse player in the country (according to Inside Lacrosse). “We’ll be gunning for Lynbrook. They were a tough team last year—they had a bunch of big, tough football kind of players. They lost a lot of guys, but they still have some key guys.” 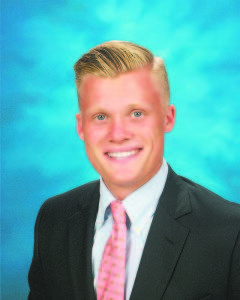 He says that he is also focused on a couple other teams, such as perennial powerhouses Chaminade, Garden City and, last year’s No. 1 ranked team in the country, Boy’s Latin—which they will be taking on in Maryland.

Dunn has some personal numbers in mind. “I would like to have as many assists as goals…I would like to average 2–3 goals per game,” he says. Those are certainly lofty goals, but great players often challenge themselves to be great.

He has worked incredibly hard this offseason to take his game to the next level. Dunn attends Crossfit three times a week to work on exercises, such as bench press, squats and cardio. He enjoys Crossfit because it incorporates cardio and weight lifting, plus it’s a challenge. To stay in peak condition, he also runs three to five times a week.

Looking beyond senior year, Dunn says he will miss certain aspects of high school. Aside from his “variety of friends,” he says “I’ll miss being the sole guy to look to. In college, it will take some getting used to.”

Being an elite-level lacrosse player on Long Island often means that you can attend whatever school you choose. In Dunn’s case, he had his heart set on the cream of the crop—Michigan, Princeton, Cornell and UNC, but ultimately he chose University of Pennsylvania—a prestigious Ivy league school.

“I chose UPenn because they are not only a great lacrosse program, but they are known for their academics—and I love the coaches,” he says. “I know a bunch of people there, too,” he says, regarding his motivation for selecting one Ivy League school over another. 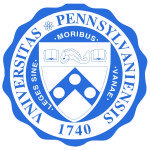 In the meantime, Dunn will look to continue his dominance on the high-school level. He has already set his legacy in Manhasset’s program history, but leaving with a country championship would be icing on the cake—and justify all the hours he has invested since he began playing in first grade.