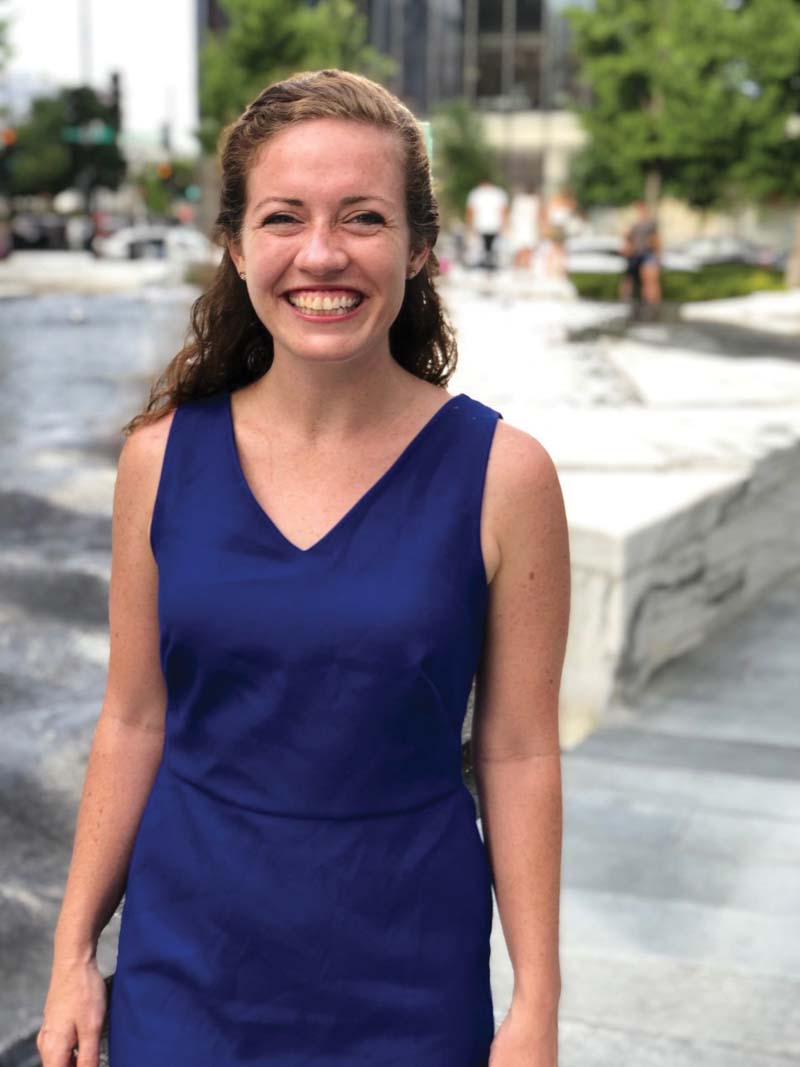 Molloy Sheehan, a resident of Manhasset, recently received a Fulbright Scholarship to conduct research on preventing diseases in Togo. The Fulbright U.S. Student Program offers research, study and teaching opportunities in over 140 countries to recent graduates and graduate students.

Sheehan went to St. Mary’s before going to Sacred Heart for high school, did her undergrad at the University of Virginia and also her masters in exercise physiology, graduating in 2016.

“Most of what we studied there was how to use nutrition and exercise to target the prevention of diseases before they come about and I got a lot of clinical experience there working with hypertensive patients and diabetic patients,” said Sheehan.

After receiving her masters, Sheehan joined the Peace Corps and spent two years and four months in Aledjo, Benin.

“I wasn’t expecting to see people who had those kinds of diseases, but they were very prevalent and very undocumented, undertreated and undiagnosed,” said Sheehan.

In Benin, Sheehan started a women’s running group, something unheard of in that part of the world. It’s culturally acceptable for men to play soccer and exercise, but not for women. However, Sheehan said the community was open to the idea if it meant the women would be healthier.

She will be spending nine months in Bafilo, Togo, working with the government’s Ministry of Health to research and collect health data on the population.

“It’s a semi urban area and that’s why they have a lot of NGOs there and there’s one that has dabbled in hypertension and diabetes prevention and that’s why I found them and said we should work together,” said Sheehan. “The government of Toga has done a few outreach activities with them, training their community health workers in how to diagnose people, but they could always use more training and just more of a cohesive project and that’s what I’m trying to collaborate on with them.”

Sugar is a major problem in the area, it is extremely cheap and is added to meals that have been passed down from generation to generation. Sheehan says the imported good is added to almost every meal now.

“If someone is obese, has hypertension, has high blood sugar, it’s a good indication that later on in their lives they will develop a problem,” said Sheehan. “Diets there are not great, I’m not coming in and looking to change what they eat, but maybe just have people be more cognizant of what they’re adding to the typical things that they have been making.”

The noncommunicable diseases that Sheehan will be looking at are not front-facing like HIV and malaria, there is very little funding. Sheehan hopes that her research will be able to educate the population and give the government more of a understanding of its people’s health.

“We will be collecting data such as behavioral, physical and biochemical,” Sheehan said. “The behavioral stuff is looking at four main behavioral risk factors—nutrition, exercise, alcohol and tobacco use. After that we’ll be studying some physical risks factors like hip-to-waist ratio, blood pressure and obesity. Then we’re also testing people’s blood sugar to see if they’re pre-diabetic, if they’re diabetic so that the Ministry of Health can have that data.”