The Manhasset School Community Association was established in 1933 to promote close cooperation between teachers and parents and school and community—Manhasset’s unique response to the typical PTA. It is open to all Manhasset residents, including those without a child in school. 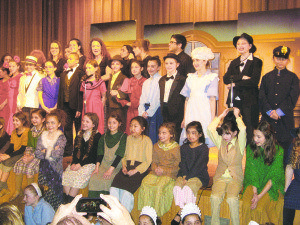 A decades-long tradition of the SCA is the Family Theater Program, where twice a year a professional theater company is invited to the community to perform a show. The shows–which are performed in December and February– are not fund raisers (tickets are reasonably priced) but instead are opportunities for the community to come together for a theatrical event. “It’s a very comfortable, happy tradition,” says Christine Schwartz, the chair of the Family Theater Program. “I think it goes along with Manhasset’s feeling of community.”

The plays are performed on a Saturday afternoon at the Munsey Park Elementary School and members of the audience get to meet the cast afterward. “It’s very much a family affair,” says Schwartz, who says that community residents who had brought their children are now bringing their grandchildren.

Ann Graf started The Actor’s Garage in her garage ten years ago. Graf, an actress and stand-up comic who had moved out to Manhasset from Manhattan, started the school to prepare young people, starting at age four, for TV, film and commercials—training them how to act for the camera, while also providing life skills. Her star pupil has been Manhasset’s Ben Hyland who has appeared in movies and television. When Hyland was four, a casting agent called looking for a boy who could be the child of Jennifer Anniston and Owen Wilson. She told them Hyland didn’t look like he could be their child but asked them to try him out because he was “amazing.” He got the part, playing the couple’s son at age five in the film “Marley and Me.”
Graf says that if people are ready to get into the business, she’s there for them. “I am a great place for kids who want to see themselves on Saturday Night Live as well, as the movies, TV and commercials.” 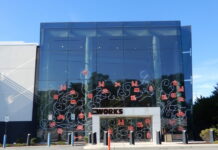 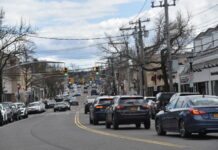