The forecasters were spot-on with the ferociousness of winter storm Riley on Friday, March 5, as it ravaged its way along the county. In Manhasset, trees were down and many power outages were scattered across the area, including at the Manhasset Public Library. Commuters were affected as well.

“I heard the loudest boom…. behind my house,” said Jennifer Robinson. “Power flashed for a second, but man, was that scary. I hope whatever happened, everyone is okay. I can’t stop shaking.”

The incident was created by a large tree falling on an electrical transformer, which exploded, causing a power outage and terminating any passage of the LIRR trains to Port Washington. The explosion occurred by Plandome Country Club in Plandome Manor in the Circle Drive area. The explosion, which occurred before 6 p.m., was during the peak of rush hour.

Nearby fire departments from Manhasset-Lakeville, Plandome and Port Washington responded to the scene. According to Manhasset resident Ken McGorry, who was able to take a photograph of the fire, “[It] looks like an electrical fire, lighting up the night, and is going to be trouble for commuters and residents.”

The fire reignited at one point and was brighter than ever before PSEG-LI turned off the power to the area. The scene was secure by 8 p.m.

The 5:11 train from Penn was able to pull into the Plandome train station and was evacuated.

“Those of us on the train are grateful that we were evacuated safely. Most of us were suddenly stranded in the cold and windy weather,” said Kim Albert of Port Washington. “Thank you to the kind locals who so generously gave me and others a ride from Plandome back to the Port Washington train station. We have a wonderful community.” 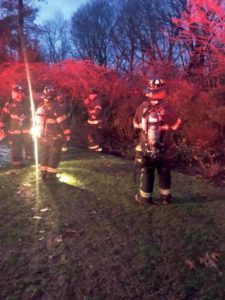 There was no service during the weekend from Manhasset to Port Washington. Trains terminated at Great Neck station. The trains were up and running on Monday.

Community Drive was also closed to traffic due to a downed utility pole at the corner of the Long Island Expressway. Traffic was diverted away from the area.

On March 3, Peter Forman, commissioner of Port Washington-Manhasset Office of Emergency Management, stated, “In many of the villages and unincorporated areas, up to 50 percent of the residents are without power.” Many trees were down, especially in Sands Point.

“Friday’s storm caused extensive damage to my house,” said John Pollack of Port Washington Park. “I can’t express strongly enough the speed and efficacy of the above departments. The PW Police were on the scene within minutes of a tree falling on my house. An inspector (I believe from the PWFD) went through my house checking for any possible hazards. The Town of North Hempstead took total responsibility for the tree and called back later to keep me apprised of their timetable. And today, PSE&G workers were removing the tree limbs which were impeding the repair of the electrical lines. And my neighbors responded with offers of shelter and help.”

“I am grateful that no one was injured,” he continued. “And I am truly grateful and very impressed by the level of response, professionalism, and caring by the people who serve in our community.”

During the masses at St. Mary’s Church this weekend, Fr. Bob extended the rectory and the church as a place to recharge batteries or come take a shower if you have lost power.
Meanwhile, PSEG-LI has called on Montreal, Canada, to come assist with the devastation of the storm. Tree-cutting trucks from Quebec could be seen lined up at the Plandome Country Club parking lot.

Events were canceled for that evening. Luckily Manhasset junior prom went off without a hitch. 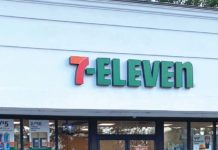