Tom Suozzi, the Congressman for New York’s third Congressional district was sworn into office yesterday as a Member of the 115th Congress.

Suozzi was joined by hundreds of constituents and supporters who came from Long Island and Queens to watch the swearing in and attend a reception Suozzi held. On January 3rd, Congressman Suozzi was officially sworn in as a Member of the 115th Congress. Hundreds of supporters made the trip down for the ceremony and to join Suozzi for a reception to celebrate the start of the new Congress.

On January 1st a standing room only crowed joined Congressman Suozzi and former Congressman Israel for an event at Glen Cove City Hall. The Congressmen were joined by Queens Borough President Melinda Katz, local clergy representing Christian, Jewish, Muslim and Hindu faiths and community leaders from Queens and across Long Island, as well as supporters, friends and family to watch Congressman Israel congratulate Suozzi on his victory and wish him well as Congressman Suozzi assumes Israel’s former Congressional seat.

“It’s a great honor to be entrusted as your voice in the nation’s Capital,” Suozzi told the crowd. “I look forward to working with all of you and my colleagues in Washington, from both sides of the aisle, to get things done for the families of Long Island and Queens. 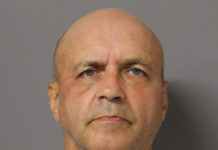