Nestled away on the Gold Coast of Long Island, you will find the quaint and secluded Village of Munsey Park. Even though Munsey Park is quite a small village, its history has been an expansive one since its establishment began in the late 1800s.

In 1860, approximately 60 settlers were granted title to land in Manhasset. The rolling terrain, later to become the Strathmore-Vanderbilt Country Club, was part of the vast Spreckels Estate that belonged to a wealthy farmer in the sugar business.

In 1906, the title was given to William Chester, who subdivided the land by selling it for use as a country estate to people whose names appeared prominently on the society lists of New York City. It marked the beginning of an elegant period that featured weekend country leisure, with riding and entertaining as favored activities.

In 1914, Chester sold the remaining part of his holdings—a French Chateau—to an ice cream and candy entrepreneur, Louis Sherry, who was enamored by the well-balanced architecture and proceeded to redecorate the house to resemble the Petite Trianon, a cottage of Marie Antoinette at Versailles.

When Sherry died in 1923, the house was sold to English author Frank A. Munsey, who was the owner of the New York Sun, The Baltimore Sun and the Munsey Trust Company. Also an art connoisseur and the patron of the arts, Munsey was critical of Sherry’s architect and undertook a grandiose remodeling that lasted two years and cost $2.5 million.

Through additional purchases, Munsey amassed close to 663-acres of property. The estate included all of present-day Munsey Park, extending south across North Hempstead Turnpike, which is now known as Northern Boulevard, into the Strathmores, abutting the Nicholas Brady (Inisfada) Estates on the east and to the approximate location of Deepdale Drive on the west. 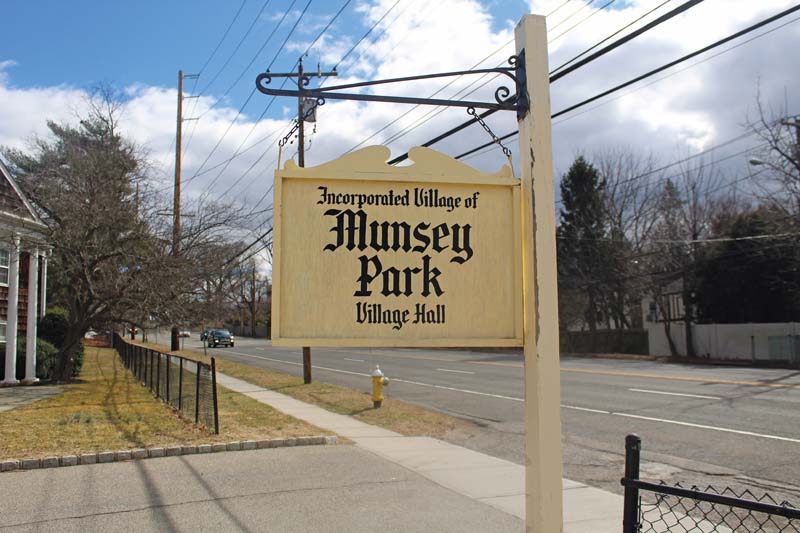 Born in Mercer, Maine, Munsey was a prominent and conservative newspaper publisher who accumulated a fortune that was estimated at more than $40 million when he died in 1925. Munsey, who didn’t have any family, left his entire estate and assets to the Metropolitan Museum of Art. The museum sought the most effective means of converting the land into funds, which could be used to enhance their superb art collections.

Graham Fair Vanderbilt, a scion of the Vanderbilt family and fortune, offered to purchase the house with 100 acres from the Metropolitan Museum. The property was ultimately inherited by Consuelo Vanderbilt, who sold the house and its property to architect and builder William Levitt, who was gaining prominence in developing various “Strathmore” communities in Manhasset.

To reflect the generosity of Munsey, the syndicate engaged by the museum for the initial land development was the Hasset Realty Company, headed by Alexander M. Bing with other notable associates such as William S. Coffin, Douglas L. Elliman and Elliot Cross. Coordinating with the museum’s directors, a first tract of 83-acres was converted into a prime residential community named Munsey Park, which was originally called Munsey Meadows in the mid-1920s. The streets were named for illustrious American artists to signify the museum’s role.

By January of 1929, not only was the community growing, but a community spirit and character was growing as well. A year later in 1930, Munsey Park elected its first mayor, Herman Block. In addition to four elected village trustees, there were clerk, police justice, treasurer and registrar of vital statistics appointments also.

After seeing a big boom within the village in terms of occupancy, a business district for the convenience of local residents was of importance, and soon plans for the erection of a commercial building of harmonious styling at the Munsey Park Shopping Center were underway. The commercial building would not only have space for nine stores on North Hempstead Turnpike, but also a fine community meeting room to be furnished by W. & J. Sloane. It was opened officially June 1, 1931, shortly after the election of Marion Rodgers, the village’s second mayor.

A most significant event occurred May 29, 1932, with the formal opening of a new 18-hole, 6,600-yard, par 71 Munsey Park Golf Club with accommodations for 400 members. The course layout occupied the museum’s property from Port Washington Boulevard to Remington Road; and from North Hempstead Turnpike to the Flower Hill line, with the exception of development abutting Park Avenue.

In 1935, Fred W. Wulfing was elected as Munsey Park’s fourth mayor after Harold B. Callis’ term as mayor was over. Wulfing and his administration had effects on the village that is still felt today, such as the proposal to dead-end all through streets, except Park Avenue for east-west traffic, and Manhasset Woods Road for north-south traffic. However, by the end of 1936 the museum, the village’s largest taxpayer, was still operating the Munsey Park Golf Club at a continuing deficit.

A year later, the Munsey Park Golf Club closed forever and Wulfing announced at a Munsey Park Association meeting that the second nine holes, the portion south of Park Avenue, would be developed in the spring. Wulfing also revealed the happy news that three acres had been set aside for a park and playground by the museum. It was not actually developed until 1940, when W.P.A. workers did groundwork and added a water main to the pond. Concrete benches, which had been in use at the 1939 World’s Fair at the House of Jewels exhibit, were donated to the park by a resident, Mr. K.I. Van Cott. Today, Copley Park remains as one of the loveliest and most natural areas within the village.

By 1938, the long-proposed grade school construction could no longer be deferred, and was approved by a 2-1 vote in August, 1938. The project almost came to a screeching halt when the Manhasset School Board not only refused to acknowledge any authority of the Village of Munsey Park, but also made a strong worded written protest. The matter between the board and the village was settled with a commonsense avoidance of litigation and an adjustment of fees. The Munsey Park School cornerstone was placed on April 30, 1937, and opened that September to accept some 200 children from Munsey Park, Flower Hill, South Strathmore and Strathmore-Vanderbilt.

In March of 1941 Mayor Wulfing was succeeded by H. Earle Dow. The village took time out to observe, not without concern, William Levitt’s plans for a “Fifth Avenue Shopping Center” on Northern Boulevard, which ultimately ushered in the “Miracle Mile” concept for commercial districts.

In March of 1945, when Mayor Dow announced he would not be a candidate for a third term, C.C. Kohlheyer was pressed to accept the position as mayor. Three years later, Kohlheyer’s tendered resignation had to be accepted due to his extended absence overseas. From among the trustees, G. Schuyler Tarbell was elected to complete the unexpired term as mayor. In a surprising, and the only contested, mayoral election in village history, Coleman R. Sample, president of the Munsey Park Association, was chosen as the village’s eighth mayor in a write-in vote.

Further progress in the form of new telephone numbers reached the village in July 1948. A numeral was added to each central office, thus Manhasset 7. The Sixth Precinct also put up a small Police Booth at the Park Avenue & Manhasset Woods Road triangle where it remained until destroyed by fire in 1962.

The Lutheran Church followed the example of their Congregational neighbor and on August 21, 1949, broke ground for a new church on Northern Boulevard opposite B. Altman’s. The Church of Our Saviour, Lutheran, erected on one of Manhasset’s highest pieces of ground, became the eighth church in Manhasset’s history.

Mortimer J. Gleeson succeeded Mayor Hayes G. Shimp as the village’s 10th mayor of Munsey Park in 1954. During this period, plans for the construction of Bonwit Teller were drawn and approved for the business district. This store was completed and opened to the public in 1956. Russell D. Higgins became the eleventh mayor in 1958 and was succeeded by William Dailey in 1960. Two years later when Harold E. Johnson took office, his term would coincide with one of the last heavy development periods in the village.

In 1966, J. Roy Price took office and served as mayor until 1971 when John C. Heim was elected as Munsey Park’s 15th mayor. The village board was still meeting in a small rented room in the Munsey Park office building. All the official records had increased tremendously and were stored in dispersed locations, sometimes in the homes of village officers. The need for a single facility was essential and in 1972 the board authorized preliminary drawings for a village hall that might be built on the Sargent Place property purchased in 1950 from Dr. Butman.

Excavation was started in May 1974 and the building was ready for occupancy six months later, with an open house dedication held on Dec. 8, 1974. Since that date the Munsey Park Village Government has been centralized at 1777 Northern Boulevard. The street number was selected as the closest to 1776 which, unfortunately was reserved for the south side of the boulevard. The Munsey Park Association donated prints of the noted American artists for whom the village streets were named and are displayed throughout the village hall.
Donald H. Miller became mayor in March 1975; four years later in 1979, a precedent was established with the election of Munsey Park’s 17th mayor, the first woman so elected. Louise V. Reebel, the village’s first distaff trustee in 1974, now served as mayor during the 50th anniversary year of Munsey Park.

Munsey Park, since its establishment, has been governed by dedicated and devoted citizens to make Munsey Park the great place that it is to live.