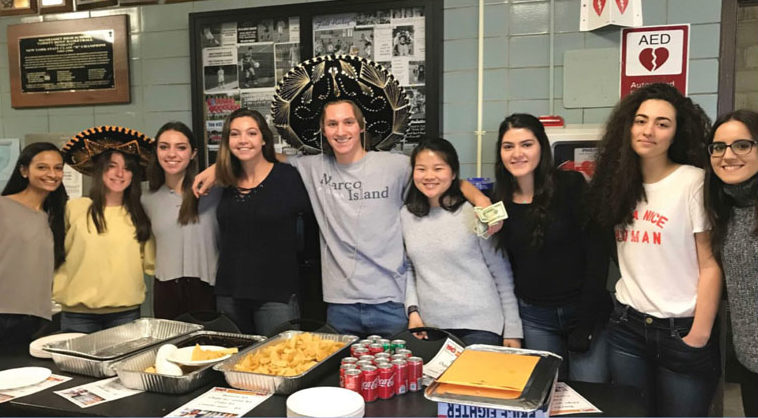 The members of the Spanish Honor Society at Manhasset High School held their sixth annual Moe’s for Niños fundraiser recently. Thanks to a generous donation of burritos from Moe’s Southwest Grill and an in-store fundraiser, students were able to raise enough money to send 20 cases of baby formula to Venezuela through the grassroots charity Comparte por una Vida. Venezuela has been hit hard by an economic crisis, leaving many of its citizens without access to food, especially baby formula.

Members of the society, guided by the senior executive officers, gleefully donned festive sombreros and encouraged their classmates to donate to the cause and enjoy a burrito. “To me, Moe’s for Niños shows how easy it is for Manhasset students to make a difference. By doing something as simple as buying and selling burritos, we were able to raise $800 and help to save the lives of children 2,500 miles away. Just think about all the good we could do if we all put in some real effort,” said senior executive officer Daniel Gold.