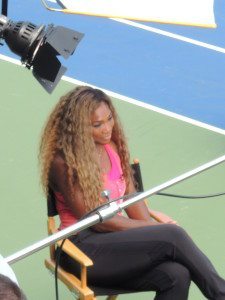 No. 1 and three-time defending US Open champion Serena Williams has been named the top seed in women’s singles at the 2015 US Open. The 2015 US Open will be played Aug. 31 – Sept. 13 at the USTA Billie Jean King National Tennis Center in Flushing, N.Y.

Last year, Serena Williams won her sixth US Open crown, tying her with Chris Evert for the most US Open women’s singles titles in the Open Era. This year, Williams is also going for the calendar Grand Slam at the US Open, last won in 1988 by Steffi Graf. Williams won her 21st Grand Slam singles title at Wimbledon this summer, which ranks third all-time, just one behind Graf (an Open-era record of 22) and Margaret Court (24 all-time).