There will be a screening of Chuck at the Soundview Cinemas on Tuesday, May 9 at 7:30 p.m. 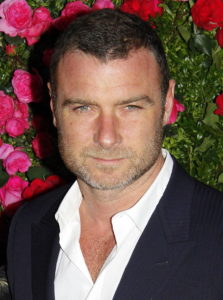 Directed by Philippe Falaredeau, it is a story of a heavyweight boxer from Bayonne, New Jersey who went fifteen rounds in the ring with Muhammad Ali.
Before his fight against Muhammad Ali, Chuck Wepner, played by Liev Schreiber, was a liquor salesman and father with small prizefighting career. Wepner’s life changed overnight when he was chosen to take on Ali in a highly publicized title match in 1975. The film follows the tumultuous highs and lows of sudden fame and Wepner’s life after his 15 minutes of stardom are up.
The film was premiered at the Venice Film Festival and was recently screened at the Tribeca Film Festival in April. The film has received generally favorable reviews.
The film also stars Elizabeth Moss, Naomi Watts, Jim Gaffigan and Ron Perlman and runs for 101 minutes. The 2017 film has won awards at the Toronto International Film Festival and Venice Film Festival. Tickets are $15; $10 for students. The Soundview Cinemas is located at 7 Soundview Market Place, Port Washington. For more information, visit www.goldcoastarts.org.