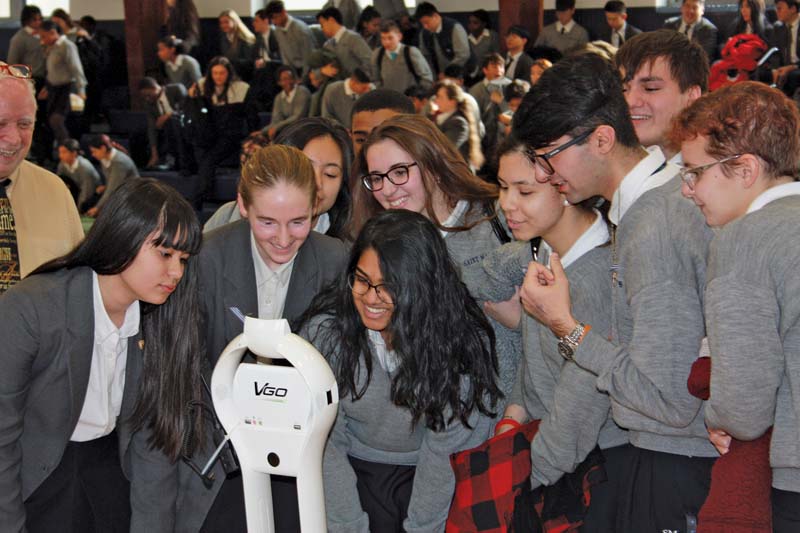 Around six months ago, soon-to-be St. Mary’s senior William Reccoppa was running a mild fever and had unexplained bruises around his knee. After taking a blood test at his regular doctor that showed a lack of blood platelets, he was taken immediately to Cohen Children’s Hospital. On the way there, Reccoppa started to research his symptoms and told his mother that he believed that he had leukemia before they got to the hospital.

Unfortunately, Reccoppa was right, and was diagnosed with Acute Myeloid Leukemia. On his third day in the hospital, Reccoppa learned that he had dangerously low blood pressure, collapsed lungs and a severe lung infection.

Not able to attend school while undergoing chemotherapy, Reccoppa relied on his twin sister, Maria, who has a similar class schedule, and email correspondence with his teachers to keep up with his classwork.

“I was only able to see my friends in between each of the four cycles in the hospital, with each cycle being approximately four weeks and then one week at home,” Reccoppa said. “I’ve definitely missed seeing them in school.”

Unbeknownst to Reccoppa and his family, St. Mary’s was working behind the scenes to get him back in the classroom. Over the summer, Director of Admissions Norma Stafford shared to her colleagues that a robot was used for a student at her children’s former school that was in a similar situation. And so, the gears started turning.

“We immediately began investigating the device and quickly realized it would be a great benefit to William,” St. Mary’s High School Principal Gerard Buckley said.

A donation was made through the Don Monti Memorial Research Foundation to purchase a VGo robot that would allow Reccoppa to travel through the hallways, facetime and participate in school all while controlling the robot from home. The Don Monti Memorial Research Foundation was created in the memory of Don Monti, a former St. Mary’s student who passed away from leukemia in 1972.

“When the foundation learned of William’s situation, they generously agreed to purchase the device for our school,” Buckley said. “Our goal was to incorporate William as much as possible, to allow him to participate fully at school. He can not only attend class, but his friends have ‘virtual lunch’ with William because we set up space in the Don Monti Memorial Library for his close friends to eat their lunch while William enjoys lunch at home but is present through VGo.”

However, Reccoppa needed to get comfortable with the idea, he has never been one to seek the spotlight and the robot would indefinitely make him the center of attention. Reccoppa, Buckley and others decided that the best course of action would be to tell the school together about him coming back, but more specifically that a robot would be scampering through the hallways with them.

“When we discussed the possibility of this technology, William was on board for using the robot, but he needed a little time to ponder how much attention it might bring to him,” Buckley said. “William agreed we should let the school community know about VGo as it would lift the spirits of his classmates. The student body responded beautifully. We gathered in the same gym that we had gathered in last May, where I shared William’s prognosis. We promised to pray for William then, and I shared how our prayers were working, and William was healing. I then invited William into the gym, and he rolled in with VGo. His classmates erupted in cheers when he appeared and began speaking with them. They are excited to see him in the classrooms and happy to have their friend back on campus.”

For Reccoppa and his family, the St. Mary’s community has been a god-send—the cards, letters, emails and hospital visits from students and faculty have been nonstop as they rallied around him to keep fighting.

“St. Mary’s High School has done more for William than we are able to put into words,” Reccoppa’s parents said in a joint statement to the Manhasset Press. “The school has provided every possible bit of moral support that could come out of one institution. Immediately after the diagnosis was announced at school, the entire senior class organized themselves outside on the athletic field and created a human ‘W’ for William.”

Reccoppa plans to study computer science in college, and became intrigued by the robot, but also slightly confused—he had never heard of the technology before. After learning more about the robot, he was excited to get back to school, enjoy a relatively normal school life and most importantly, keep his grades up. His interest in the field of computer science has only grown since being diagnosed. He constantly read about the changes in computer technology while undergoing treatment in the hospital and the robot has only given him more direction.

“I’ve always liked technology and even built my own computer several years ago,” Reccoppa said. “During my time in the hospital, I had a lot of time to think, and this thinking time combined with the robot, has made me feel even stronger toward studying computer science. I would love to help create the technology that helps the medical community by utilizing tools like robotics and artificial intelligence.”

While the chemotherapy has left Reccoppa physically tired, his spirit has not wavered and the robot has only given him more motivation to get back to school as his two-legged self. The hope is that he can physically be in school at some point between the week before Christmas and the first week in January.

“While we are happy to have him here virtually, we look most forward to having him back on campus in the physical sense very soon,” Buckley said. 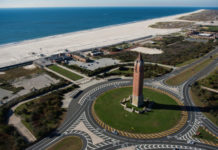 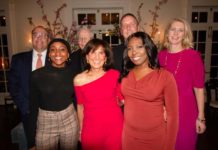 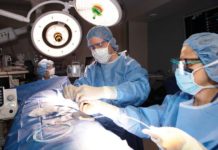