Four decades is a long time, which is how long Joseph “Joe” Commisso, owner and head barber of Joseph’s Haircutters of Manhasset, plied his barber skills at the same location on Plandome Road to the families of Manhasset and the surrounding communities. He passed away last January at the age of 86 after a brief illness.

Commisso began training as a barber in Reggio, Calabria, Italy in the mid-1950s. He worked several years before immigrating to the United States to live in Corona, Queens and to be with his future bride and wife of 58 years, Rosa. He worked in a series of barber shops, including Ideal Barber Shop in Glen Oaks and Caruso’s in Lake Success before a serendipitous trip to a Nassau County DMV office, then located at the intersection of Northern Boulevard and Shelter Rock Road, introduced him to Manhasset. The clerk in the DMV office needed about an hour to complete his paperwork, so Commisso—in search of a quick lunch—took a stroll down Plandome Road, where he discovered a barbershop owned by two men named Guy and Mario, who promptly hired him to work for them a couple of days a week. The charming and handsome Commisso, who was blessed with a full head of hair his entire life, settled in quickly and—after eight years—bought the barbershop in 1980 as a partner with his brother-in-law, also named Joseph. They later opened another shop, Ideal Hairstyle, in Glen Cove with Commisso remaining as head barber at the shop in Manhasset.

For Commisso, a “master barber” who styled with scissors 99 percent of time, the store—aside from his beloved family—was his life. He was the informal mayor of an informal community center, where clients stopped in not only for a haircut but to chat, settle a house account, or get recommendations for plumbers, electricians and masons. He was often entrusted with hairstyling all the main participants for weddings, bar mitzvahs, and other special occasions, coming to work on Sundays by request, if needed. He held a unique distinction as the “go-to” barber for the “first haircut” of several generations of Manhasset sons. Last summer—at the insistence of their mother, just as Commisso was preparing to step away from his business due to his declining health—he provided the first haircuts for three more little boys—a set of triplets.

Although Commisso began his training in the days where a “haircut” also included a dab of Brylcreem, a spritz of hair spray, a hot towel shave and a neck massage, he adapted to all the new trends favored by the younger generations of Manhasset boys, in particular the Manhasset High School crew team, who came in every season requesting that the letter “M” be shaved into the sides of their heads. The long-term loyalty of Commisso’s customers was returned in kind whenever someone needed a “house call,” whether it was at home, the Atria, or St. Francis Hospital. A long-time customer says that Commisso “was the last of the greats, the last of the old fabric.”

In addition to his wife, Commisso left behind two daughters, Maria and Rosa, and a grandson, Domenick. The Commisso family expresses profound thanks and gratitude to the Manhasset community for its 40 years of support to the small business that was Joseph’s Haircutters of Manhasset. The family says that Commisso took joy from everyday life and that his philosophical look on everything was “we are going to do the best we can.”

Lorraine Mesagna is a contributing writer for Anton Media Group 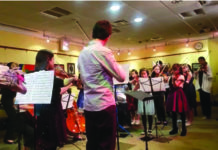 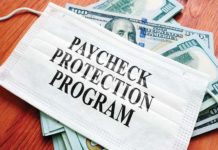