National Grandparents Day always falls on the first Sunday after Labor Day. Just as grandparents sometimes forget minor details as they age, the holiday created in their honor is often a forgotten one. 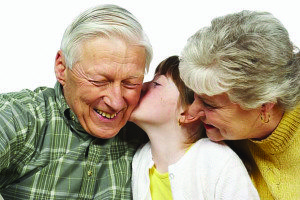 This year will likely be no exception, as Grandparents Day happens to coincide with the 15th anniversary of a day that we will never forget. Still, anniversary aside, when thinking of important dates in September, Grandparents Day is not likely to be the first that comes to mind.
Those who do remember often consider it to be a so-called Hallmark holiday, a phrase coined for holidays that hold no real significance and seemingly only exist to make the card stores money. But money was the farthest thing from former President Jimmy Carter’s mind when he proclaimed Grandparents Day a national holiday in 1978.
“Just as a nation learns and is strengthened by its history, a family learns and is strengthened by its understanding of preceding generations,” Carter said in his proclamation. “[Grandparents] bore the hardships and made the sacrifices that produced much of the progress and comfort we enjoy today.”
Carter’s words are as true today as they were then, and now there is awareness being raised. Generations United has set up a website, www.grandparentsday.org, which encourages collaboration across multiple generations, young and old. The movement has expanded to Facebook and Twitter, with the hashtag #DoSomethingGrand serving to remind everyone how important it is to give grandparents their due. There will also be a Gifting for Grandparents event at the Lake Grove Diner on Sept. 13 from 9 a.m. to 10 a.m. Those who attend will discuss cost-effective ways for giving gifts to their grandchildren. It’s only fitting for grandparents to take a day that is about them and make it about their grandchildren.