One of the Blue Angels, who recently performed at the Bethpage Airshow at Jones Beach this past weekend for Memorial Day, had a fatal crash in Smyrna, Tennessee. The pilot Marine Capt. Jeff K 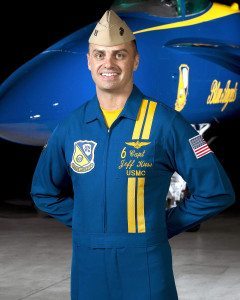 uss was killed in a crash on June 2.

Kuss, the pilot of the F/A-18 Blue Angels jet #6 was taking off to start a practice flight when the crash occurred at 3:01 p.m., according to the Naval Air Forces. The crash was approximately 2 miles from the runway. 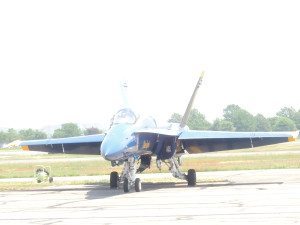 According to the Blue Angels website, Kuss was the pilot of plane. He was 32 years old and was from Durango, Colo. He graduated from high school in 2002 and Fort Lewis College, a school in Southwestern Colorado with about 3,800 students, with a degree in economics in 2006, the same year he was commissioned as a Second Lieutenant in the U.S. Marine Corps. To read the interview of Captain Jeff Kuss by Anton Media Group for Long Island Weekly click http://longislandweekly.com/flying-blue-angels/

Having met in-person the crew of Fat Albert and a number of the crew of the Blue Angels, my heart goes out to the team. These men and women are the spirit of our Armed Forces. Charming to speak with and after several interviews with many of the team, I can truly say that we are blessed with a legion of aviators who are dedicated to the safety of our nation. Godspeed.