In 1990, history was made when Ken Griffey Jr. and Sr. played together and hit back-to-back home runs for the Seattle Mariners in the same game. Imagine if the next batter was Ken Griffey III and he hit one as well? 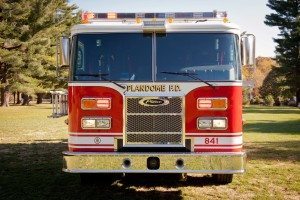 That is essentially what has occured with the Plandome Fire Department–with three sets of families. The Tameras, Wilson and Becker families all have three generations of fire fighters, and are in no rush to call it quits anytime soon. In fact–26% of the fire fighters have their child or parent in the unit as well.

“Our members understand the value the fire department supplies for the community,” said chief Peter Burger. “We all want to give back–it’s not just about collecting a pay check,” he added. “Community service is very important. It’s more than just putting the time in. So few other people do,” he concluded.

The values of the fire fighters certainly are rubbing off on their loved ones, as evidenced by the statisitc of multi-generational members. In the case of the tri-generation families–now that is a true testament to their work ethic and commitment.

“The Plandome fire department is very unique,” said Matthew Tameras–a 25-year member, who also has his father and daughter in the unit. “We are very involved in every aspect of the village. They didn’t have to recruit…you turn 17 and you just joined,” he added.

His father, Mike, is a member of over 40 years. His daughter, Amanda, is the first female President of the Nassau County Junior Fire Fighters Association.

Tameras noted that they are very community-oriented and they have their annual Memorial Day Parade in addition toget-togethers for Fourth of July and a clam bake.

Additionally, he noted that because of the thorough training they receive, fear is not much of a factor in the job. “We train in Bethpage, they do a terrific job of training us,” he said. Fortunately, the village does not receive too many calls, either, according to Tameras. “We are a village of only 400 homes,” he said. “Also, people have become more aware and household appliances have gotten better so there are less fires. “Not too many people are smoking either. Lots of our calls are mutual-aid–back-up for another department such as Port Washington or Manhasset.” 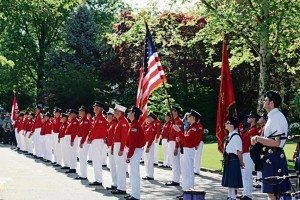 Burger noted that the department is “very atypical” in the regard that most members are bankers, lawyers, doctors or small business owners. In his opinion, that is the root of their collective values. 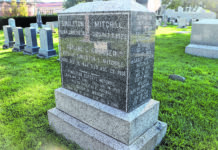