The Great Neck Water Pollution Control Distrist (GNWPCD) commissioned a $220,000 feasibility study for a potential sewer line along Plandome Road. The study is expected to be completed within the next couple of weeks.

The GNWPCD currently has a capacity of 5.3 million gallons and currently filters 3 million gallons of sewage a day. The water treatment plant is currently hooking up a sewer line to the Americana that will add a daily 30,000 gallons; the project is expected to be finished in October. Recently, the GNWPCD received a petition of more than 90 names asking for a sewer system on Plandome Road.

“An ongoing feasibility study, initiated by the Manhasset Chamber of Commerce and supported by the Manhasset Bay Protection Committee and the Manhasset-Lakeville Water District, to explore installing a sewer system into a portion of Plandome Road is expected to be completed in the coming weeks,” GNWPCD said in a statement to the Manhasset Press. “Once concluded, the findings will be available to the community.”

The current feasibility study commissioned by the GNWPCD is at least partly covered by grant money from the state—exactly how much grant money was received is unspecified.

“We have allocated and approved funding of water projects and I think this could qualify. Most likely, yes, it will be part of the water projects,” said New York State Assemblyman Anthony D’Urso. “As soon as we get the study we will try and move ahead. First thing we’re going to do is bring the study to the EFC [Environmental Facilities Corporation] and make sure that it qualifies. If not, then we have to look for other sources of funding.”

D’Urso said that GNWPCD Commissioner Steve Reiter has been bringing up the project to him for the last two to three years. A former Town of North Hempstead councilman, D’Urso remembers voting “no” to a restaurant expansion on Plandome Road because of a lack of sewers.

A sewer system on Plandome Road would allow for more restaurants, bars and higher density buildings as well as a cheaper option than emptying out their septic tanks and cesspools routinely. The system would also be more environmentally friendly, reducing the amount of nitrogen going into Manhasset Bay that creates dead zones and prevents it from getting into the aquifers.

“There is too much nitrogen that gets into the aquifer and we want to protect our drinking water,” said D’Urso.

State Senator Anna Kaplan was also a Town of North Hempstead councilmember, representing Manhasset and Great Neck. This is not a new topic for the community and her prior experience leads her to believe that residents do not want a sewer system on Plandome Road.

“My goal is always to get more money for my district, whatever I can do to make my resident lives better,” said Kaplan. “But knowing well that Manhasset residents, for many years, were not really supportive of having sewers, I had this conversation with the Chamber of Commerce and GNWPCD, that this has to be something that they have to really take with the community. Have meetings with the residents, have their input and then we can go ahead and go see what funding is available.”

The Manhasset Chamber of Commerce, representing local Manhasset businesses, has been spearheading this initiative. However, they do want local leaders to provide the funding for the project.

“The Manhasset Chamber of Commerce is grateful to Tony D’Urso’s work in obtaining a grant to help to defray the cost of the sewer feasibility study,” said former chamber of commerce president C.J. Coleman. “Furthermore, we’re hopeful that Senator Anna Kaplan will support this project once she can determine that the Manhasset community is in favor of the eventual project. Senator Kaplan needs to know that the Manhasset community, not just the business owners on Plandome Road, are in favor of the eventual sewer project. We’re confident that once the report is presented that we will get total support from our representatives.”

One hiccup that the sewer project would need to overcome is whether to go over the LIRR tracks perpendicular to Plandome Road or go underneath them, the latter being much more expensive than the former. GNWPCD will look for grant options from the state for the potential sewer project after the feasibility study is complete, and working with local officials and community members will be key to that.

Plandome Road is not the only place in Manhasset that does not have a sewer system. The residential villages that surround it also have septic tanks and cesspools. While not as costly of a financial burden to residents as they are to business owners, they still do pose an environmental threat.

A sewer line in Manhasset could provide an easier option for these villages to hook up in the future, but it might not be seen as an immediate necessity.

“The disruption to the community would be too great; the costs imposed on or incurred by residents too high,” said Munsey Park Mayor Lawrence Ceriello, speaking about his own village. “The damage to roads, sidewalks, trees, homes, driveways, landscaping and other physical components too immense to justify any such project.” 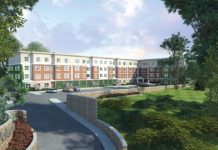 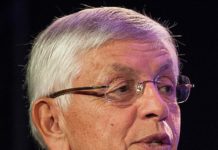