At around 4 a.m. on Friday morning, Sept. 20, a group of Manhasset High School students came to Plandome Pond Park to celebrate one of their traditions for homecoming. The tradition involves using water-based paint to have a semi-paint war. 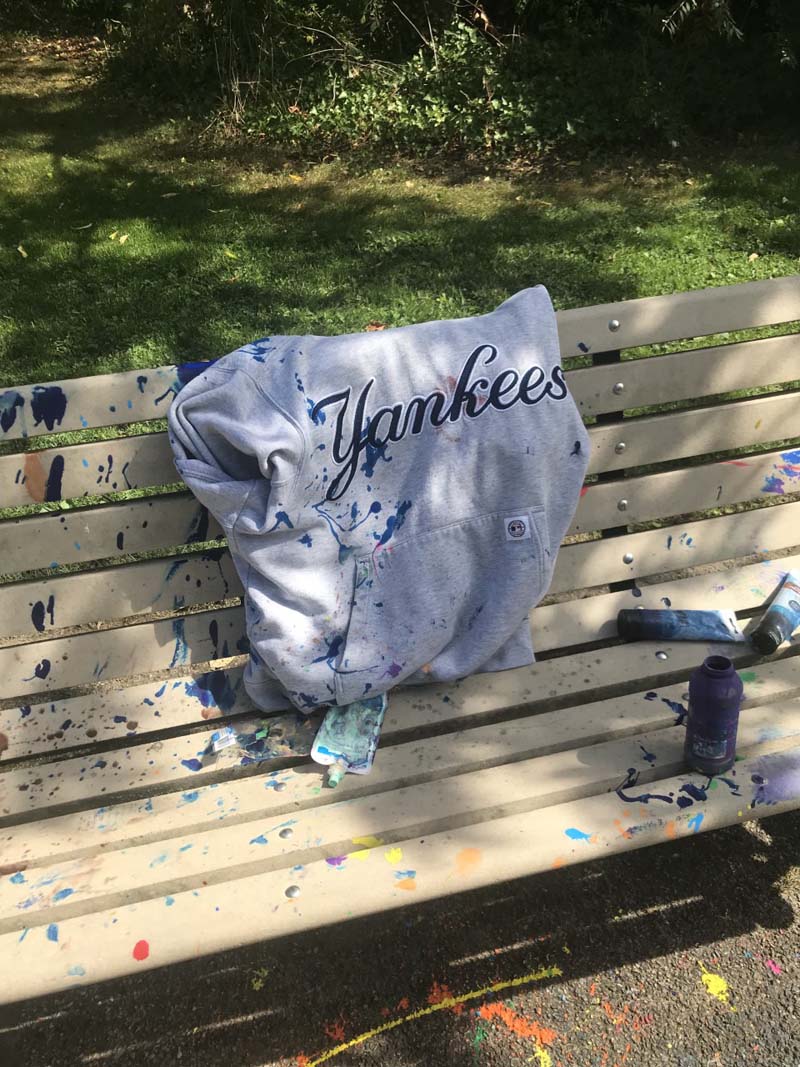 The disturbance in the middle of the night and the location of residents bordering the park led to several 911 calls, according to the Nassau County Police Department. Paint was on the grass, benches and pathways of the park with several items of clothing laying around and debris.

“They painted the park, the benches, the bushes, the grass, the whole bit,” former Plandome Heights Mayor and contact person for the park Marion Endrizzi said.

One resident said he did not want to talk to the Manhasset Press in fear of retaliation from the students.

“We certainly are not supportive of any behavior that results in any damage to property,” said Manhasset School District Superintendent Dr. Vincent Butera. “We will be speaking to future classes about how to celebrate in a way that is positive, without startling any of the residents or causing any damage whatsoever.”

After being notified by police about the incident, Butera and Principal Dr. Dean Schlanger went down to the park in the late morning that Friday to see the vandalism for themselves and to speak with the local community about the issue.

A group of students did go down to the park to clean up debris, however, cleaning up the paint was going to need a professional job. The school district hired a power washing company and by Saturday the park was back to normal except for some small remnants of paint on the grass. A resident of Plandome Heights offered his water line to be used by the power washers since there was no public source to connect to. 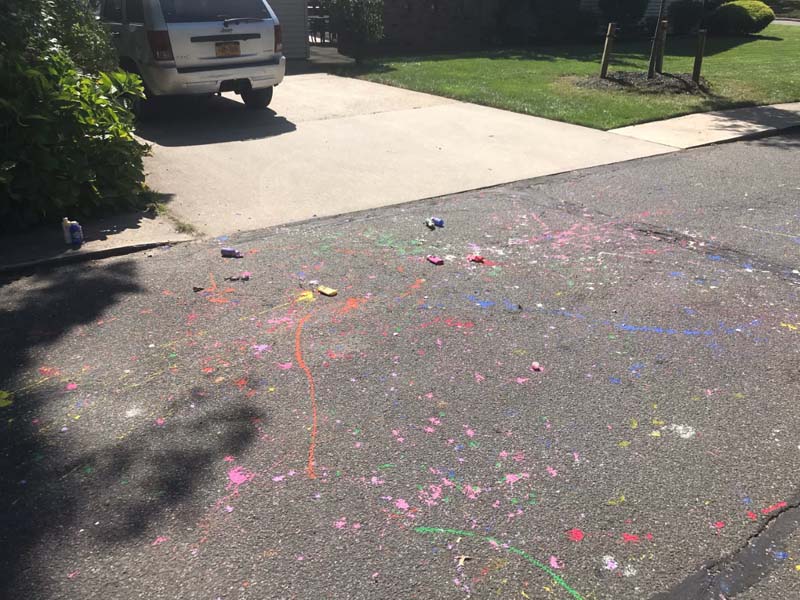 While Plandome Heights borders Plandome Pond Park, the Town of North Hempstead owns and maintains it.

“Once the town was made aware of the paint, garbage and debris in Plandome Pond Park we immediately had it cleaned up,” said Town of North Hempstead Spokesperson Carole Trottere. “We are confident that we will be able to work with Manhasset High School to ensure that this will not happen in the future.”

Plandome Heights Mayor Kenneth Riscica started getting phone calls and emails from his constituents as soon as the sun came up that Friday. 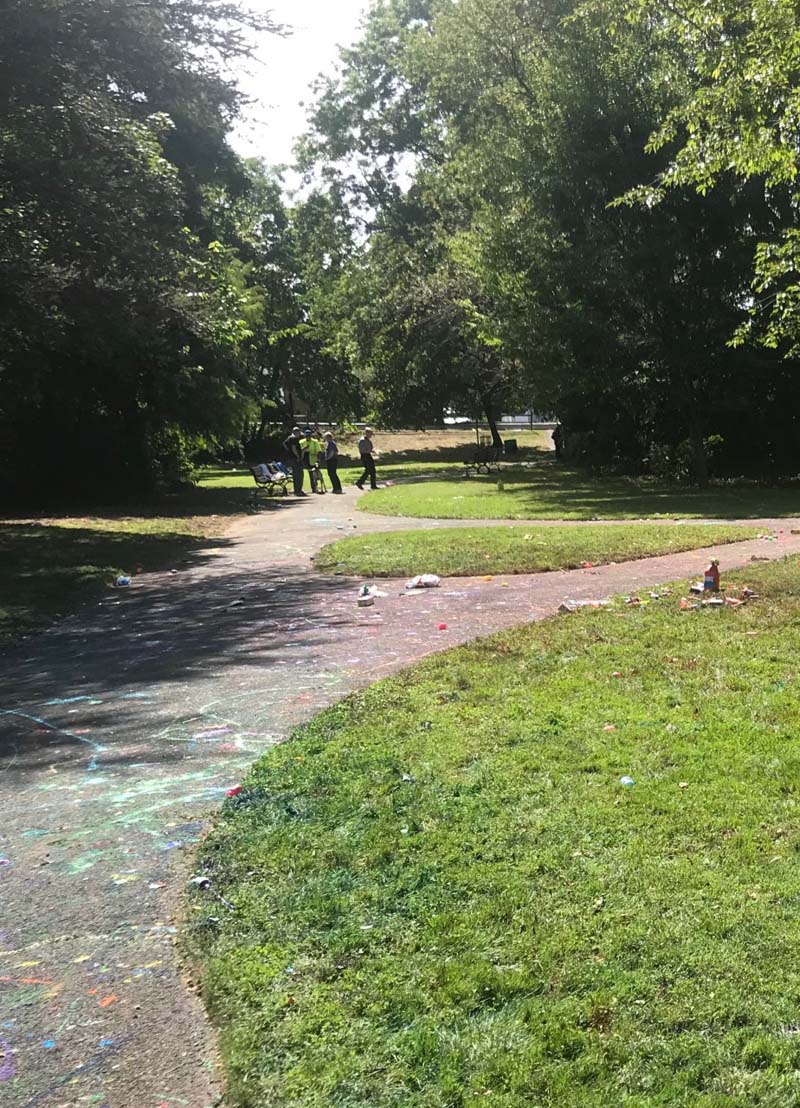 “It was quite a mess,” Riscica said. “The town and the school got together and did a nice job of cleaning it up. The school took responsibility for it and made the kids go out there and clean it up, but it was quite a mess.”

Butera said no students were disciplined and the school district is looking at ways to keep the tradition, while also being cognizant of the community.

“Dr. Schlanger is giving a great deal of thought as to what is the best forum to guide this tradition activity,” said Butera.

The tradition used to be held on school grounds, but several years ago the school decided not to sponsor the event. The students have been keeping the tradition alive every year since. Endrizzi said that the students came to Plandome Pond Park at 6 a.m. last year as well, but the damage this year was worse than the previous.

“It’s unfortunate that it happened, the community spoke loudly and the school and students responded appropriately,” said Riscica.