The flawed roll-out of the Common Core education standards left parents, students and teachers reeling, but now the bureaucrats who designed the program want to make sure that entire communities feel the pain as well. 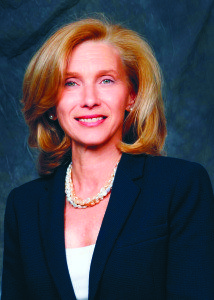 That can be the only reason for proposing new rules that will penalize communities where parents elect to let their children “opt out” of the standardized tests that are at the center of the Common Core controversy.

Under the proposal from US Education Secretary John King who, as New York’s former education commissioner, was responsible for the disastrous implementation of Common Core here, districts with high opt-out rates would automatically receive the “lowest performance rating” on reports that are used to rank the quality of local schools, a key factor in determining property values.

For our top-ranked Long Island schools, including one Nassau County district where more than 50 percent of students refused this year’s standardized tests—well above the 5 percent standard that the Secretary is recommending—that could take an especially strong toll.

In addition, some fear that the plan could result in less school aid to some districts under a provision that requires states to impose their own unspecified, but “equally rigorous” penalties.

Parents who opt out of the standardized tests are doing so because they want what’s best for their children’s education, and seeking to harm an entire community for that personal, parental choice only affirms critics’ belief that the ultimate goal of Common Core is testing, itself, and not better learning.

I recently submitted public comments to the Secretary criticizing his proposal, and urging him to go back to the drawing board to find better ways to challenge students and schools to succeed, taking into account feedback from teachers, parents and students, themselves.

We all support strong standards for our schools, and we are justifiably proud of the success of students here in Long Island, but punishing schools that are already performing at the top of their class is a bad idea that won’t improve education or our communities.

Elaine R. Phillips is Mayor of the Village of Flower Hill, and the Republican-Conservative-Independence-Reform Party candidate for the State Senate’s 7th District.