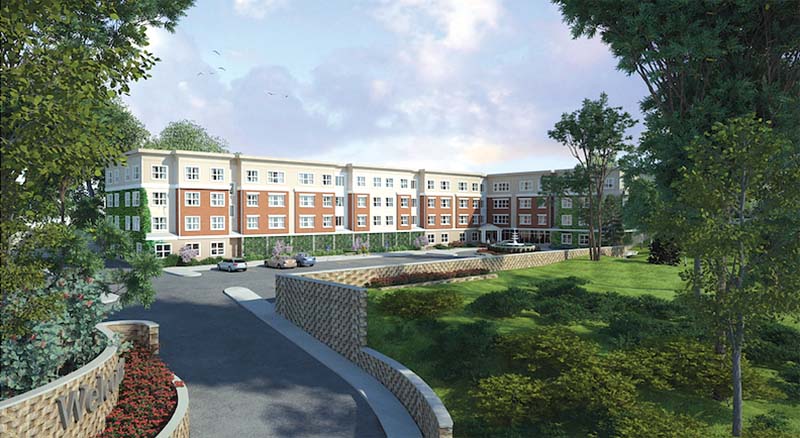 Mount Olive Baptist Church and affordable housing developer Georgica Green Ventures agreed to a contract for 72 units of senior affordable housing on the church’s property in 2012. Seven years later, the deal is on the cusp of never happening. For Part IV, click here.

Before the New Year, the Brooklyn Second Appellate Division judges came down with a unanimous decision to deny the appeal of Georgica Green Acquisitions (GG), sister company of GG Ventures. The appeal comes after the Nassau County Supreme Court threw out the lawsuit against Mt. Olive Baptist Church for breach of contract.

The deal to build 72 units of senior affordable housing on the church’s 3.1-acre property by High Street and Community Drive seems dead after the appellate court’s decision. The church is free to negotiate with other developers as if the property was on the open market. But after signing the initial deal more than seven years ago, GG is not giving up.

“My client is still in contract with the church and our intention is to build an affordable housing project on the site, and we look forward to sitting down with the church to settle our differences so the project can move forward,” GG’s attorney Dan Deegan said.
Deegan also stated that GG would not appeal the appellate court’s decision.

In its decision the appellate court states, “Despite numerous extensions of the closing date and multiple proposals to revise the terms of the contract, GG failed to proffer proposed amended terms that did not include a purchase money mortgage as a substantial component of the purchase price. While the cash component of the February 2018 proposal was increased from the original proposed contract terms, it was lower than the fair market value of the premises as determined by the appraisal submitted in support of the church’s initial for approval of sale. The relief requested in the specific performance cause of action is therefore futile, since the February 2018 proposed revised terms would not be approved by the court as fair and reasonable to the church were to execute an amendment to the contract containing those terms and submit it to the court for approval, as sought by GG in this action for specific performance and related and related declaratory relief. Accordingly, GG’s cross motion for preliminary injunctive relief should have been denied on the merits.”

“There’s nothing to prohibit the church from moving forward with somebody else,” Chandler said. “We’re not going to close the door, but you know, you don’t shake hands with people that tried to cut you.”

The church will now proceed to negotiate with a $6.4 million appraisal they received in August 2019 and not a previous appraisal of $3.5 million in 2014. Chandler says that the church will not accept a deal for anything under $5 million.

The church still wants to go forward and build affordable housing on the property. But they might have to go back to the Town of North Hempstead board for approval of rezoning. The property is currently zoned for single family housing after the GG deal fell through.

The church also needs to handle the contamination issue on the property that would prevent them from building on it. In the previous deal, GG applied for the Brownfield Cleanup Program, but since GG was the applicant and not the church, that has also fallen through.

“My advice to the church would be to apply to brownfield on its own,” Chandler said. “I’m sure brownfield will meet us with open arms if we’re trying to clean up some contaminants on an environmental level.”