Gloria Elizabeth Sullivan, a long time Manhasset resident, passed away on Thursday, Oct. 3. She is survived by her husband of 70 years Gene, her children Eugene Jr., Edward, Robert, and Elizabeth, ten grandchildren and three great-grandchildren. Their daughter Ann died in infancy.

She was born Gloria Roesch in Brooklyn in 1921. Her family moved to Astoria, Queens when she was 4. She attended St. Jean Baptiste High School in Manhattan and then Grace Academy. Her first job was as an executive secretary.

She married her childhood sweetheart, Gene Sullivan, in 1943 at the height of WW II. In 1951, they moved to their first home in Wantagh, N.Y. While raising five children, she found time to begin her life-long commitment to volunteer service, both at the Mercy League and at the newly formed parish of St. Frances de Chantal.

Gloria and Gene, moved to Manhasset in 1965. The family joined St. Mary’s R.C. Church upon their arrival and have been active parishioners ever since. Gloria also became involved as a volunteer at St. Francis Hospital at a time when it was a sanatorium for children with rheumatic heart disease. Over the next 25 years, she continued her volunteer work, eventually taking over the job of coordinator of volunteers, a position she held for 20 years. Gloria also served as President of The Guild of St. Francis Hospital from 1976 to 1979. She was named to the Town of North Hempstead Women’s Roll of Honor in 1999 in recognition of her over 22,000 of volunteer service.

St. John’s University recognized Gloria’s service with the Mother Elizabeth Seton Metal in 1987. Catholic Charities of Rockville Centre awarded her the Caritas Award, their highest honor. She was a Dame of the Sovereign Order of Malta and a Lady of the Holy Sepulchre. 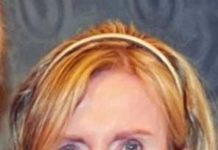