Sean Culkin tried to ignore his autism for as long as possible. Diagnosed as a 2-year-old, it wasn’t until Mr. Culkin started college that he realized he had to face many of the symptoms from autism that he had never fully addressed. 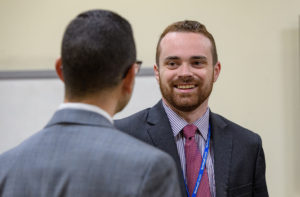 Now Mr. Culkin, a research coordinator at Monter Cancer Center in Lake Success, speaks publicly about coming to terms with autism. He addressed an audience on April 1st, the start of World Autism Awareness Month, at the “Not Defined by Autism” event hosted by the N-Able Business Employee Resource Group (BERG) at Zucker Hillside Hospital in Queens.

“I want to be able to help people so they aren’t ashamed of autism,” Mr. Culkin said, “so people don’t have to hide from it.  ’”

Mr. Culkin began working at Northwell as an intern through Adelphi University’s Bridges to  Adelphi  program for students with a spectrum disorder He was able to provide structure for himself through the school’s resource programs, but his biggest concern was transitioning from college into the workforce. After completing a successful two-month internship at Northwell Health, he was offered full time employment at Monter, where he has spent the past two years. “Northwell Health’s inclusion internship recognizes the skills and strengths that these students bring.  They just need the opportunity,” said Cheryl Davidson, Sr. Director, Workforce Readiness.

“Sean is an inspiration because he’s going out to the public and telling people, there’s hope for you, there are opportunities for you, there are services for you,” said Carmine DeSena, director of psychiatric rehabilitation,at Zucker Hillside. “It’s the goal of really connecting to people and knowing where to enter a doorway for services.” 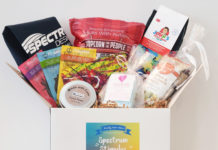 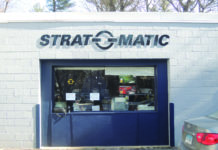 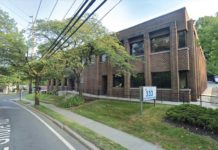