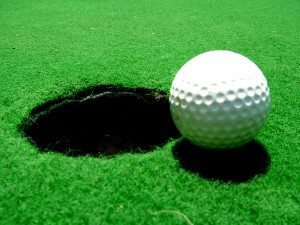 On April 22nd, the week’s rain parted for the North Hempstead Women’s Golf Association opening day tournament. The nine hole tournament was enjoyed under the sun by a spirited team event consisting of 18 holers and nine-holers playing together to celebrate the start of the season. The tournament was followed by a luncheon where the results were tallied and the ladies were introduced to some new tournaments and spoke about some old favorites. New roles were introduced and new members to both groups were warmly welcomed.
The day yielded a terrific turnout and the winners of the tournament were as follows: On the front nine, 1st Low Gross went to Sara Tasnady, JoAnn Blake, Mary Beth D’Angelo and Lillian McCarroll, 2nd Low Gross to Xiomara Dolan, Patricia D’Agostino, Gaye Vachris and Kathleen Barry, 1st Low Net to Mia Hitchcock, Sue Cremins, Barbara Hurd and Liz Procaccino and 2nd Low Net to Blanche Puglisi, Grace Mahler, Lisa Pego and Peggy Markham. The longest drives for the front nine belonged to Sara Tasnady in Class A, Blanche Puglisi in Class B, Mary Beth D’Angelo in Class C and Liz Procaccino of the nine-holers. On the back nine, 1st Low Gross went to Karen Walsh, Suzanne D’Agnes, Jen DeSena and Bernadette Doherty, 2nd Low Gross to Dudley Sullivan, Joanne Kinsey, Lisa Stefan and Cathleen McCarthy, 1st Low Net to Patty Millo, Deb Celebre, Terry Capobianco and Jennifer Dussich and 2nd Low Net to Loren King, Yvette Wright, Linda Kane and Ligia Santos. The longest drives for the back nine belonged to Melissa Driscoll in Class A, Joanne Kinsey in Class B, Linda Kane in Class C. Closest to the pin for the tournament belonged to Anna Bean. The results for the yearly Snowbird Tournament were also announced. Many ladies bundled up and played in the winter with the winners for the 18 holers of Kathy Rosso for first place, Patty Millo in second place and Elisabeth Vreeburg in third place. For the nine-holers, Lisa Stefan took home first place, Anne Marie Ardito in second and Anna Bean in third.
A delicious dessert was served and the ladies caught up and spoke about the promise of spring, warmer days and tournaments to come. As the women got in their cars to return home, the rains began again making the greens and fairways greener and plusher. The North Hempstead ladies golf season is off to a fabulous start with a secret wish that the rain stays away for the season—at least while they are on the course.