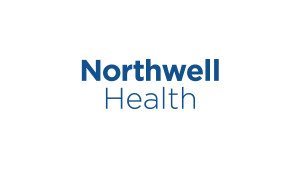 North Shore-LIJ Health System,is being renamed as NorthWell Health. Eighteen years after the historic merger that created the North Shore-LIJ Health System, its Board of Trustees has unanimously approved a name change for New York State’s largest private employer and health care provider.
The Northwell Health name will be the centerpiece of a broad rebranding and marketing campaign that will launch in 2016, beginning a multi-year process to build recognition of the new name and distinguish the organization in a cluttered health care market. As a first step, the health system will begin introducing the new brand to its more than 61,000 employees, 10,000+ affiliated physicians and other internal audiences, including more than 13,000 nurses.
“Being highly visible and clearly understood within and beyond the New York metropolitan area requires strong brand recognition,” said Michael J. Dowling, the 21-hospital network’s president and chief executive officer. “The Northwell Health name is a reflection of our past and a beacon of our future. It’s unique, simple and approachable, and better defines who we are and where we are going.”
Branding consultants Monigle and Interbrand were brought in to develop a new company name and brand platform as well as, J. Walter Thompson to develop a broad communications program.
The names of all of the health system’s hospitals will remain intact, in recognition of their rich and unique community-based histories, such as: North Shore University Hospital in Manhasset, Long Island Jewish Medical Center in New Hyde Park, Staten Island University Hospital, Lenox Hill Hospital in Manhattan, Southside Hospital in Bay Shore, Huntington Hospital, Phelps Memorial Hospital in Sleepy Hollow and Northern Westchester Hospital in Mount Kisco.
The health system’s former name stems from the 1997 merger of the North Shore Health System and Long Island Jewish Medical Center. The North Shore-Long Island Jewish Health System name has proven to be confusing to consumers, the news media, medical professionals and even the health system’s own employees. In addition, the health system’s name is not well recognized among consumers outside of Long Island, so the goal is to develop a marketing/communications plan for Northwell Health that will be driven by a compelling, powerful brand vision that resonates with the public.
Since the creation of the North Shore Health System in 1992 and its eventual 1997 merger with LIJ Medical Center that created the North Shore-LIJ Health System, the organization has evolved into a vast clinical, educational and research enterprise. It has grown over the years to become the largest private employer in New York State and the 14th-largest health system in the nation, with annual revenues of nearly $8 billion. Beyond its hospitals, the health system also offers a full continuum of care through a broad network of skilled nursing facilities, rehabilitation programs, home care, hospice services, urgent care, primary care and specialty services throughout the metropolitan area, as well as access to more than 2,100 clinical research trials that have enrolled over 15,000 participants.
“This has been an incredible journey over the past two decades,” said Dowling. “The name change and rebranding campaign represent a very exciting milestone that positions us for even greater success in the years to come.”