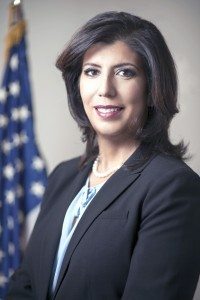 Naqunne Jackson was sentenced to 35 years to life in prison by Nassau County Court Judge David Sullivan.  A Nassau jury found Jackson guilty on Dec. 1, 2014 of Murder in the 2nd Degree (an A felony) and two counts of Criminal Possession of a Weapon in the 2nd Degree (a C felony). The jury reached its verdict after 45 minutes of deliberation at the end of a week-long trial.

“This sentence will ensure that this defendant will be held accountable for taking the life of a young man and will not be a threat to the public for a very long time,” Acting DA Singas said.  “I thank the Nassau County Police Department for their hard work and partnership in helping us deliver justice in this case.”

Acting DA Singas said that on Sept. 22, 2013 at approximately 3:30 p.m., Jackson shot William Moody, 31, of New Cassel, two times after an argument on Prospect Avenue in New Cassel. Moody was later found dead from his injuries near the scene of the shooting on State Street.

Jackson was arrested on Sept. 25, 2013 after an investigation by the Nassau County Police Department.