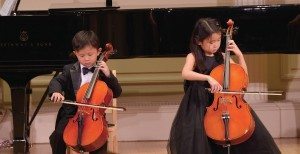 “The concert starts the second you put your foot on the stage,” says Ana Maria Trench Bottazzi, recalling the words spoken by her piano teacher when she was a child in Paris.

Bottazzi and her husband Bruno Giulio Bottazzi founded the Bottazzi International Musical Society and School of Music in 1968. Teaching the students how to perform on stage is an integral part of the musical education. To that end, students perform in 19 concerts a year, with the last three at Carnegie Hall. Many students also do a one-hour solo performance.

Piano, vocal, and string and woodwind instruments are taught at the school. All on the faculty are accomplished performers and some have advanced degrees in music. “We try for our students to love music while playing,” says Bottazzi. “And we don’t believe in ‘I cannot.’” Bottazzi is proud that 18 of the school’s former students have achieved doctorates in piano and are teaching at universities throughout the US. 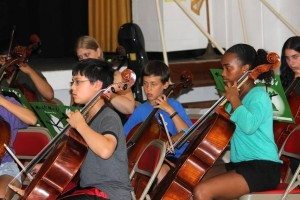 Geri Kushner, who is c-director of The Music Institute of Long Island with her sister Carol, is also proud of the accomplishments of their students. She reels of a list of schools where her former students are music majors: Juilliard, Yale, Duke, NYU, Eastman School of Music, Berkley School of Music, Indiana University, Sarah Lawrence College, Skidmore College, Steinhardt School of Music, and others.

The sisters, both violinists, began their Institute 25 years ago and they and their faculty offer musical education for all ages and at all levels. A hallmark of the program is their master classes when a master teacher critiques the student as the audience listens in; at the end, the student performs again, incorporating what has just been learned. Alumni come back to perform and there are trips to the Philharmonic. “We want everyone to love quality classical music,” says Kushner.

Just as children learn to speak from hearing spoke language, the Suzuki approach to music education involves listening to music and imitation. “This is such a natural process between the parents, teacher and students,” says Ani Resnick the founder of Suzuki on the Island. Resnick, a graduate of The Juilliard School, is a violinist who has performed throughout the United States and in Europe. There is instruction in violin, cello, piano and music theory. 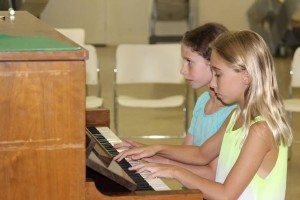 While the overall instruction is Suzuki, students are eventually brought into the Artists Program designed for intermediate and advanced students who learning through more traditional methods. The children participate in a variety of performances throughout the year including solo recitals, group concerts, master classes and several outreach performances at Old Westbury Gardens. In mid-August students participate in a one-week chamber music festival.