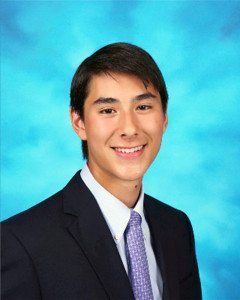 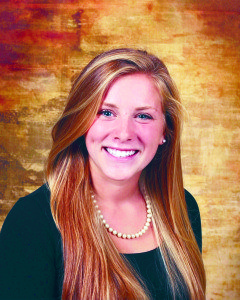 The Manhasset High School Class of 2016 has named Jason Fiacco as valedictorian and Julia Henry the salutatorian. Both are extremely active in the community as well as school sports and academics. Both are Ivy league bound, Henry to Harvard University and Fiacco to Yale University, but there is more that sets them apart. Here is just a little of what makes these two so special. This is the first part in a two part series.

Julia Henry Her activities in and out of school fall into three major categories: athletics, service and academics. In athletics, she swam on the Manhasset Varsity Swimming and Diving team since the 8th grade and Long Island Express outside of school. She also rows on the Manhasset Crew Team throughout high school and competed with the Harborside team the summer of 2014. Her service activities spanned from Girl Scouts since kindergarten, making her Gold Award in 2015, Rustic Pathways summer travel to Thailand and Costa Rica, St. Mary’s Youth Group, lectoring at Sunday masses, teaching religion to sixth-graders on Monday nights, Teen Ambassador for Susan G. Komen and serving on a Committee for Interfaith Service and Dialogue.

Henry was the recipient of an SCA Summer Studies Award and attended a Physics Academy at UPenn last summer. She attended Empire Girls’ State and was Poppy Queen at last year’s Memorial Day parade. She is in the National, English, Science, Spanish, History and Math Honor Societies. She is an officer of Interact Club, president of the English Honor Society and vice president of the Spanish Honor Society. Long Island Math Fair participant for three years and this year presented a paper entitled “The Calculus of Rocket Propulsion.”

One of the highlights of her year, in addition to getting accepted to Harvard, was “being part of the first Manhasset swim team in school history to beat Garden City in a dual meet was also an amazing experience that I will never forget.”

When asked if there any event that made an impression that changed her life, Henry replied, “Last February, I had the incredible opportunity to travel to Israel on an interfaith pilgrimage called Project Understanding. The group consisted of 12 high school juniors-six Jewish and six Catholic-all from Long Island with a rabbi and a priest. The trip opened my eyes to how intractable and complex the problems are that exist in the Middle East. I returned home with a newfound appreciation of the safe place I live, but also determined to learn more about the issues in the Middle East. I attended a Kids4Peace camp—the participants were Jewish, Muslim and Christian from the U.S. and the Middle East who spoke different languages and had many different cultures, beliefs and rules to follow. My world has been opened up to my passion for interfaith dialogue and desire to promote peace and harmony in my everyday life.”

When Henry learned she was salutatorian she was surprised. “WOW, was my initial reaction! I was so excited, especially knowing the competitive pool of candidates at Manhasset High School.” said Henry. Teachers were there to help her succeed and she credits her family, but she also found inspiration elsewhere. “Sheryl Sandberg has become a mentor for me ever since I read her best-selling book,Lean In: Women, Work, and the Will to Lead,” said Henry. “She is an inspirational, feminist leader who inspires me to want to defy the gender odds in STEM (Science, Technology, Engineering and Mathematics) fields.”

As she looks forward, Henry says “I’m nervous about adjusting to college and learning how to manage the myriad things I know I will want to participate in. I’m excited to explore my options as a woman in STEM.”

Read Part 2 in next week’s edition.