Manhasset Secondary School has one of the premiere athletic programs on the Island. The Indians are known for being competitive in almost every sport. For instance, the girls lacrosse team entered this spring season as reigning state champions for the second time in five years. The boys basketball team made it all the way to the state semi-finals in February. From track-and-field to wrestling, Manhasset has no shortage of great teams.

Jim Amen has been an athletic director for more than 20 years, spending 14 years at Cold Springs Harbor High School. He is now entering his sixth year at Manhasset Secondary School and in those six years, Amen has been incredibly proud of the people involved in the program.

Unlike private schools, public schools rely on the students who are already at the school to make up their teams. There’s no recruiting program to bring in top talent. That’s what makes the Manhasset teams that much more impressive.

The power Amen does have is to bring in the right coaches to lead each individual sport. He’s looking for someone who not only exhibits knowledge of the sport, but also leads players in the right direction, not only as athletes but as individuals.

“You look for the type of person who can work with student athletes and motivate them,” says Amen. “Their goal should be to set standards for them and hold them accountable. [We want] coaches who want to teach, emphasis sportsmanship, and be a good role model. It’s very important for a coach to be a good role model.”

Amen’s role as athletic director also involves helping out anyone he can. He always keeps the door open for student athletes, coaches and parents for any questions or suggestions they may have. He is there for as many games as possible to support the teams in the wins and the losses. He’s always thrilled to see the hard work every student puts in as they play sports. 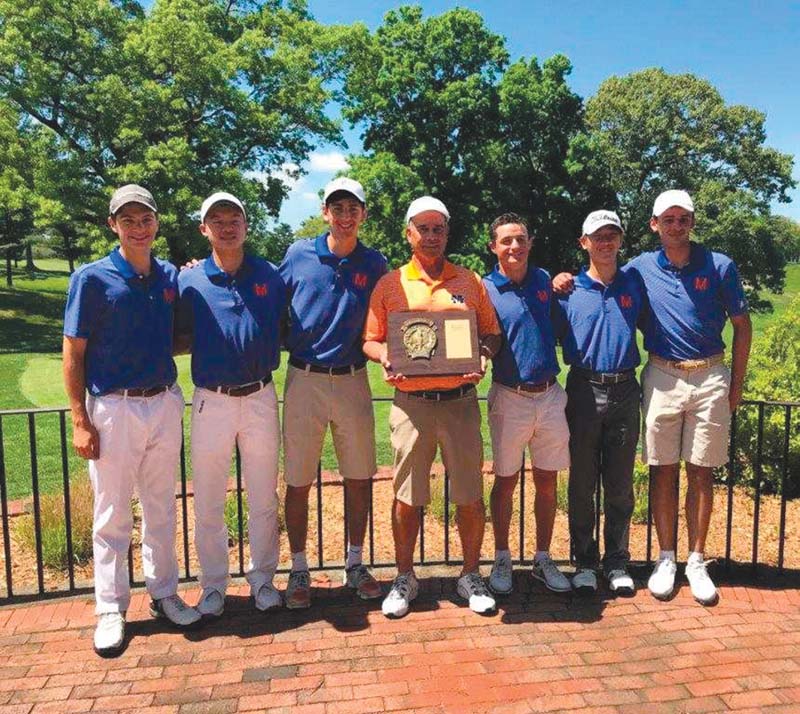 “I’ve been in the business this long because of the children,” says Amen. “Just seeing them succeed, and perhaps lending them a hand when they don’t succeed, is what makes me proud. I don’t really have a hand in the championships and playoff berths but it’s nice to be a part of it. When people congratulate me on the basketball season, I tell them that I don’t coach the team. I only sign the purchase order for the new uniforms. But it’s always nice to see effort. Win, lose or draw, if I see effort, that’s really an exciting thing to me.”

The school has done a lot to make Manhasset a great place for athletics by way of its great facilities. They have turf fields for baseball and softball, as well as turf installed in their main stadium. They have two gymnasiums (one for middle school, one for high school) and a fitness center, as well as a wrestling room that was recently renovated.

“These facilities are here thanks to the support of the school district, the upper administration, the parents and the [Manhasset Booster Club],” says Amen. “The kids have a wonderful facility, and we are always trying to improve things. There’s not anyone who comes to our school and doesn’t say ‘Wow, this is a nice facility.’” 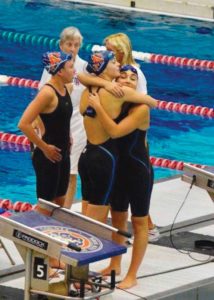 There’s always something that Amen is looking to improve, and he certainly tries to do everything he can to have those in his department improve as well. That may means having coaches go to clinics or bringing in motivational speakers to address the student athletes and work with the captains on the teams. Amen also emphasizes that the athletic program would not be thriving if it wasn’t for the support of the parents and the community.

“When you are a parent, you have a stake in your child’s upbringing from academics to athletics,” says Amen. “They are interested in their kids succeeding and we try to assist that. Community involvement is so important. They support the school budget. The booster club is so important because they support the athletic program.”

The town has had a huge impact on the sports in the area, and the booster club has been a huge contributor with the help of Manhasset PAL Lacrosse, Indian’s Rock and the Manhasset PAL Baseball Unit. The booster club also purchased a new scoreboard for the baseball field that will be coming later in 2019.

“The booster club should really get a huge pat on the back for their support of the coaches and players,” says Amen. “It’s a great group of parents and community members. The board of education should also be applauded. They advocate for athletics, academics and the arts. They know we need athletics.”

The influence a coach has on a child is immeasurable. Amen hopes that the work that he does will leave a lasting impact on students as they continue to grow.

“The most important thing is that when you are in the position that I am in, you have to own the job and be there for people,” says Amen. “I’ve had a lot of proud moments at Manhasset.”