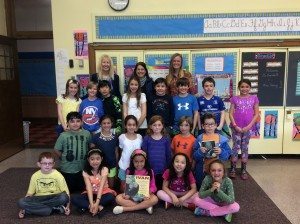 State assessments are in full swing and so is the opt-out movement. Thousands of parents across Long Island have chosen to have their students not take the tests, in an effort to protest the teacher evaluation system and what they believe is a test-driven curriculum.
In Manhasset, 1,554 students were eligible to take the ELA test last week and 56 (3.6 percent) opted out. This is a significant increase from the eight students who opted out last year.
Most Manhasset parents have opted to permit their children to take the exam, according to Ray Scacalossi, the Manhasset district coordinator for mathematics, who spoke to parents at the Friday, April 19, Manhasset Middle School and High School Parent Council meeting. With the introduction of Common Core in 2014, which impacted algebra, the school had to ramp up quickly to get up to speed. This year with Common Core impacting geometry, the school and administration are far ahead and well prepared for the new modules introduced.
This year there will be two Geometry Regents exams offered, the Common Core Geometry Regents on June 2, before classes end for the semester, and the regular Geometry Regents on June 19. If students take both, they can select the higher of the two grades. Next year there will be only a Common Core Geometry Regents.
Last year there were two Regents offered to high school algebra students, a Common Core Regents and a regular Regents— this year only the Common Core Algebra Regents.
Across Long Island, the opt-out movement has exploded. According to the group Long Island Opt Out, 82,036 students have opted out of the ELA tests. But Jeanette Deutermann, who spearheads the Long Island Opt Out Facebook group and movement, said she has mixed feelings about the refusal numbers.
“I am so incredibly grateful to parents that have chosen to stand up for public schools, their children, and our public school teachers by refusing to allow their children to participate in the NYS assessments this year. However, that is mixed with sadness that our classrooms have come to this. I would love for nothing more than to know that legislators, Governor Cuomo and the State Education Department have finally heard us loud and clear as to what we want and do not want for our children’s education here in New York,” Deutermann said. “Unfortunately we continue to hear the rhetoric that ‘parents just do not understand how important these tests are.’ It is not that we do not understand the importance of knowing the progress of our children, it’s that we do not believe that these assessments are valid or useful in any way to give us that information on how they are progressing. We value the importance of child-centered, hands-on learning, and these Common Core assessments have robbed our children of that rich, creative learning environment all children deserve. We will continue to refuse these assessments in growing numbers until Governor Cuomo, the legislature, and the SED [State Education Department] reverses course.”
However, the SED maintains that the tests are a valuable indicator of a child’s progress and said that test refusal is a terrible mistake.
“Test refusal eliminates important information about how our kids are doing. I do not pretend that test results are the only way we know, but they are an important piece of information. They are the only common measure of progress we have,” Board of Regents Chancellor Meryl Tisch said. “We are not going to force kids to take tests. But we are going to continue to help students and parents understand it’s a terrible mistake to refuse the right to know.”
According to the SED, under federal regulations, a school with less than 95 percent of its students participating in the assessment can lose significant funding.
“The state education agency is expected to consider imposing sanctions on that district, including—in the most egregious cases—withholding programmatic funds,” a spokesperson for the SED said. “What sanctions to impose must be decided on a case by case basis, taking into account the degree and length of time the district has failed to meet participation rate requirements and the reasons for such failure.”
However, Matt Jacobs, Regional Staff Director for the Nassau chapter of the New York State Union of Teachers, said that legally, there’s no connection between state aid and students taking the test.
“There is no provision in the law for the schools’ state aid or state funding to be reduced in any way, based on the number of students taking the test,” Jacobs said. “We had schools last year where more than 5 percent of students opted out, and [the district] didn’t lose any funding.”