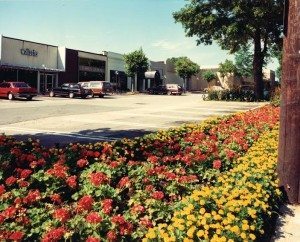 Manhasset! My Town! Home after four years overseas in the Army Air Force, WWII. It is now the end of December 1945 and I returned to my job at Fiction House, a comic magazine publisher in the city, and was given a raise. The monthly round trip to Penn Station was $10 and some change. My dear wife, Grace, was waiting for a honeymoon, but first we wanted a home. There was a small one available on Lindberg Street in Manhasset and the price was right. It featured two bedrooms and three closets, a living room, a kitchen, and a small front porch, a dining room and a cellar. A single garage was in the back corner of the property and would make a perfect studio. I called a carpenter who knew his stuff. He made a cozy little place for me to work, complete with a charcoal-burning stove. The entry was via wooden stairs on the outside. That little studio produced four years of Tarzan daily strips and Sunday pages. Grace agreed that we needed a larger house for us and little Wendy and her brother, Bobby.
We hired a realtor who took us to a home we could not refuse. It was 60 Whistler Rd. in Munsey Park. Our backyard fence was one inch from Copley Pond in its natural state. An old maple had grown a giant root out into the pond. Wild grasses and plants grew around the natural pool. Ducks lived there and were given a marked private sign to waddle back and forth from the pond to their nests. Children sailed toy boats. Swimming was forbidden. Many years of our lives were spent at Copley in the summer.
The winter was a different scene. A big freeze would cause the pond to turn into ice. One night it did. Grace and I heard a dog barking from outside Wendy’s bedroom. Bobby was already outside. We saw the dog struggling in the ice. I called the police. They were there in moments.
A policeman tried to rescue the dog and broke through the ice. Off they went and were back with a small boat that reached the large dog. When they got it ashore it shook itself off and ran for its home. The police thanked us for the call and we applauded them. The winter was always a time for fun at Copley Pond. Shoveling 10 inches of snow off the pond was good exercise for dads and sons and even daughters. New York Rangers’ Eddie Giacomin came to the pond in full uniform to skate with the kids. He placed his sneakers six feet apart to form the goalie’s cage and let them hit the puck into the cage. Eddie lived in South Strathmore for a while, then moved to Munsey Park. When Eddie lived in South Strathmore, he built a backyard cage in the form of a hedge surrounding a slate patio. It is still there.
I can’t end this without the milkman and the blizzard story. The snow and wind did its damage through the night. When dawn broke, wires were down across the road and several trees with them. The only sign of life was a milkman three houses from ours across snow-capped lawns trudging through the snow and downed branches and wires to our house to deliver three bottles of milk. It was so cold, the milk at the top had turned to cream and froze. It popped up over the tops like little soldiers. We offered a tip but all he would accept was our thanks. He had just left the little house three stops behind…the one with the two old folks. They were bundled up in front of their fireplace but there was no real fire. I told them to hang on, then took off to Wrights hardware and returned with a stack of long-burning special charcoal.
—Bob Lubbers