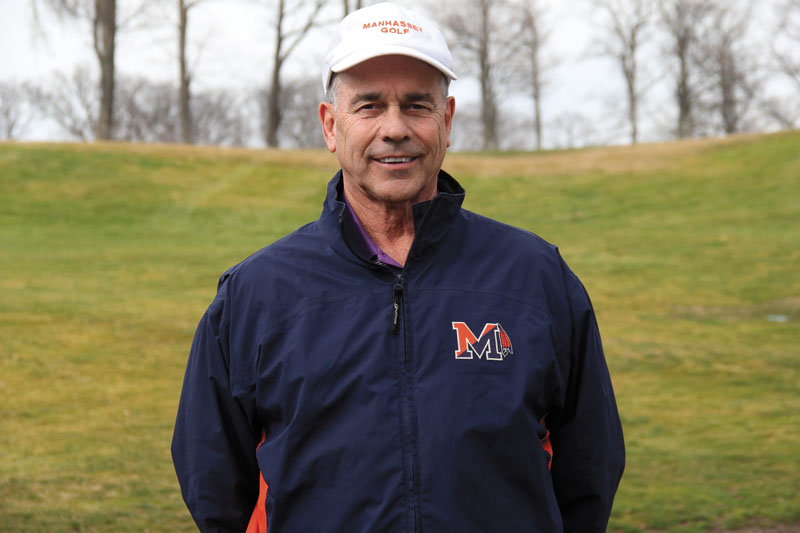 Collyer began his career in Manhasset in 1981, dedicating most of his time to the school district as a teacher at Shelter Rock Elementary School and the coach of four sports, including basketball and football for 40 years, baseball for 19 years and golf for 25 years at Manhasset High School.

“It was the perfect setup,” says Collyer. “We’d get out a little before three and I’d drive over to the high school. I was able to watch the younger kids all the way up until they graduated.”

Introduced to the sport by his brother, Collyer found a love for golf in college and began teaching himself to play. Collyer didn’t take golfing lessons until later in life. About the time the previous Manhasset golf coach was about to retire, Collyer was playing golf on the weekends, watching golf on television and reading books on golf. He then told the athletic director that there was only one sport he would give up coaching baseball for, golf.

“I continued learning more about the game,” says Collyer. “I went to some coaching clinics and then I got into caddying at the Meadow Brook Club 16 years ago and then I learned more and more about the game, the swing. I retired from teaching seven years ago and began caddying full time. It’s amazing when you watch other people play what you pick up on. After that I met the head pro over at golf tech and took a couple lessons from him and watched while he gave lessons to other people.” 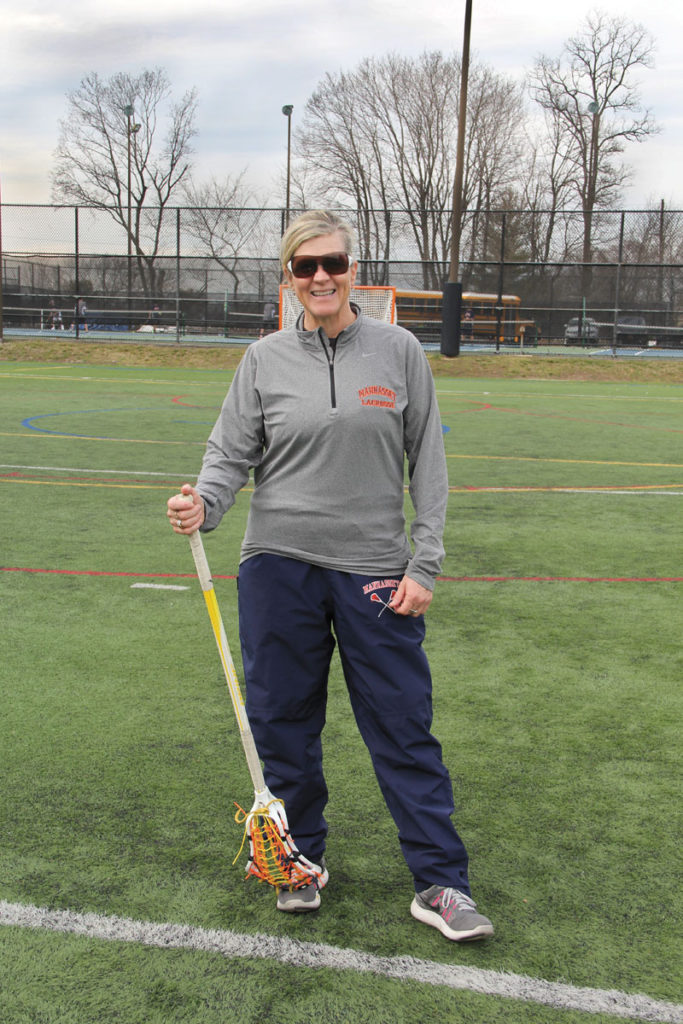 After being a coach for many years, Collyer recognizes that coaching a sport isn’t just about teaching teens how to play the game, but building their confidence and having the kids grow as a team.

“The most rewarding part about being a coach is watching the players grow and learn from the first day of practice to the last day of that year,” says Collyer. “You can see the growth spurt in many of the players. Seeing them have success and the look they have on their face when they have success is very rewarding as a coach.”

When asked about his greatest accomplishment as a coach, Collyer says that the wins are not something he takes into account because all that matters is that his players get better as the year goes on.

“When you have the end of the year team dinner and when they come up and thank you, that’s very rewarding,” says Collyer. “In all of the sports, I’ve had excellent players. Watching the growth and confidence build is very rewarding and it makes you feel good inside. It’s not always the best players. Even some of the ones that are less athletically inclined, watching them have success is more than enough.”

Despite Collyer’s impressive coaching resume over the years, he was still in shock when he found out that he was named a NYSPHSAA coach of the year.

“I figured it had to be a longevity thing,” says Collyer. “I felt very honored that I had been nominated and ultimately won the award. It’s an honor but also a testament to the types of players I’ve had over the years. It says a lot about them.”

“It’s a great honor,” says Gallagher. “It comes in the year that you didn’t win states, so it shows the value of the award and just putting the work in year after year. It’s great to be recognized for that. I think it’s just nice to be recognized for all of this hard work. As a player I had a blast playing and as a coach it’s great to watch these girls grow into the women they are today.”

Gallagher grew up in Manhasset, beginning her lacrosse career on the Manhasset boys PAL team because there had not been a girls youth league at the time. She went on to play on the state championship team in high school, later playing lacrosse for the College of William and Mary and then going on to play for the U.S. Elite Women’s Lacrosse team for 18 years.

While holding an assistant coaching position at Notre Dame from 2000-2002, Gallagher was called back to New York to take care of her father. Soon after, Gallagher began coaching at her alma mater, Manhasset High School.

“I think it’s pretty cool to coach where you played in high school,” says Gallagher. “You see people in town you went to high school with. You just want to maintain the traditions of what you experienced. Just watching the kids go on to play at the collegiate level is pretty cool. I’m always checking to see how my kids are doing. If they didn’t continue to play, you see a lot of these kids be successful at the next level of their life.”

Along with being the Manhasset High School girl’s lacrosse coach, Gallagher owns two lacrosse camps, Liberty Lacrosse, an elite travel lacrosse program, and Black Diamond Lacrosse, a summer camp that provides a competitive yet fun environment. Both camps provide young girls with the opportunity to work on their sport with different coaches from colleges across the country and gain insight into the recruitment process.

“To help these kids get recruited and watch them is really neat,” says Gallagher. “To help them get into a better school that they may not have gotten into without lacrosse is great. Being a coach is not about just showing up for practice. It’s about doing what you can to help in other ways.”

Both Gallagher and Collyer agree that being a coach is about helping kids by guiding them toward their goals athletically, academically and socially. The two award-winning coaches constantly keep in touch with their past players, watching them mature and grow, proving that they are more than just coaches on the field.