The following is in response to the Sept. 19 letter titled “It’s Not The Gun That Kills.”

This notion of “law abiding” gun owners is a false construct. When laws are twisted from their original, outdated meaning, it puts our safety and security at risk.

Let’s start with facts. There is NO federal law that allows for individual, private ownership of firearms in the United States. Not even the Second Amendment. The political lobbyist and special interest group known as the National Rifle Association, which represents gun manufacturers, worked over several years to subvert and change the general interpretation of the Second Amendment from its original intent. They spent a ton of money over several decade and pushed their selfish agenda, thus making our society far less safe. Read the law:

“A well regulated Militia, being necessary to the security of a free State, the right of the people to keep and bear Arms, shall not be infringed.”

This amendment was intended to ensure that local community militias could protect their collective interests. But over the past 100 years, this became an antiquated notion that no longer applies. As a result, gun manufacturers used the NRA for self-preservation and turned losses into business opportunity. They funded extremist candidates for Congress while conservative majorities in the Supreme Court were swayed by the political and financial bullying.

This can no longer be tolerated. Private gun ownership can and should be both infringed AND highly restricted, even if that means revising the Second Amendment. Automatic, semi-automatic and accessorized pieces that enable mass killing are a threat to our national security. And most sane, rational, even barely-literate citizens agree.

This may not change overnight, but the march of progress always bends toward social and collective good. When the laws are unjust, we change them. Would the author of “It’s Not The Gun That Kills” have supported slavery because it was specifically legalized in the Constitution? Let’s hope not. And like the end of slavery, civil rights, female enfranchisement and LGBTQ equality movements before them, change for the better will happen. The scourge that is private gun ownership will slowly dissipate as the younger, more enlightened generations move into influential positions of power within our society.

It’s just too bad that many more innocent victims are likely to be shot before this happens. So hope is not enough. And if it takes pressuring cowardly restaurant owners to not host the gun-loving accessories to mass murder (NRA members) so our kids can be safer, so be it.

Would you like to share your opinion about this topic? Is something else on your mind? Send a letter to the editor to Steve Mosco at smosco@antonmediagroup.com for publication in print and online. Click here to view our letters policy. 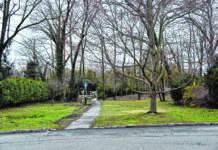 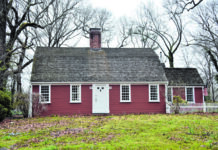 Lamenting The Loss Of The Richardson House 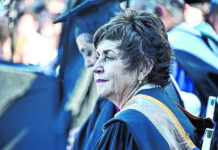