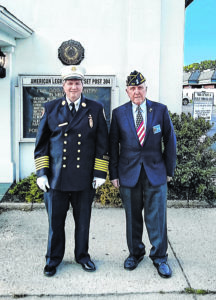 Thirty years ago, America engaged in a new war in a volatile region. Iraq had invaded the sovereign nation of Kuwait.

Among the half million U.S. troops deployed to the middle east was Army Specialist Cindy Beaudoin. A freshman at the University of Connecticut, Beaudoin enlisted in the National Guard and served as a medic with the 142nd Medical Company.

The Hartford Courant reported that the young specialist had a chronic back condition that could have kept her home during the deployment.

The daughter of a Vietnam veteran, Cindy would hear none of it. “Of course, I’m going, silly. I couldn’t let my best buddy go off alone,” she told a friend and fellow service member.

On February 28, 1991, just hours after President George H.W. Bush declared a cease-fire to end the Gulf War, Beaudoin was killed in action after her convoy struck a landmine. She was only 19.

Beaudoin did not die in vain. Neither did any other American who we honor on Memorial Day.

But we should always remember that the decisions leading to war are those of policymakers—not the veterans themselves. Sometimes the mission is clear-cut. In World War II, millions were liberated and truly evil regimes were toppled.

Memorial Day is the day to recall not just the memories of Cindy Beaudoin, but to honor the sacrifices made by the one million heroes who died while defending this country since the American Revolution.

And that sacrifice is painfully shared by the Gold Star families and close friends of these heroes. Most of us will not truly understand the depths of their despair unless we have experienced it.

But we can always offer our support. We can wear the poppy. We can place flags and wreaths at their graves. We can donate to charities that provide for their families. And we can look at their surviving brothers and sisters-in-arms and say, “Thank you for your service.”

Our organization, The American Legion, recognizes that when rounds are coming your way, there is no such thing as “a small war.”

More than 1,600 Americans have lost their lives fighting in covert operations and cold war battles that occurred between the designated war periods since the attack on Pearl Harbor.
We honor their sacrifice as much as we honor those lost on Iwo Jima or at the Frozen Chosin.

For one hundred years the Preamble of the Constitution of The American Legion stated our commitment to “preserve the memories and incidents of our associations in the Great War,” and later the “Great Wars.” This wording was a natural outcome for an organization that was founded by World War I veterans and succeeded by equally committed World War II veterans.

In 2019, we changed our Preamble and expanded our publicly stated commitment. We now promise to “preserve the memories and incidents of our associations in all wars.”

We are here today to honor all of our fallen heroes. Fallujah and the Philippines. Khe Sanh and Kandahar. Beirut and Grenada. We honor American heroes from the American Revolution through the Global War on Terrorism, and every battle in-between. The location is unimportant. It is the hearts of these men and women that truly matters. It is the devotion within that led them to sacrifice their lives for the country that we all love.

Peter J. Killian is a Commander at the American Legion Manhasset Post 304