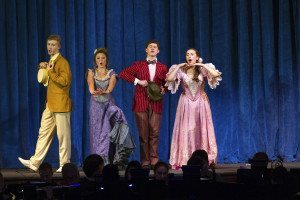 The Manhasset High School Theatre Department presented Hello, Dolly! after months of rehearsals and preparation. The cast, crew and orchestra gave a magical performance with breathtaking costumes and scenery. The play, filled with romance and comedy, was heartwarming and very entertaining. 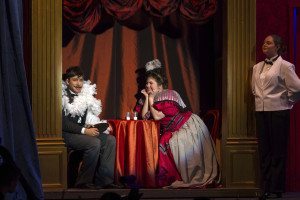 Additional comic relief was to be had by Jennie Whalen as Ernestina, Elizabeth Guariglia as Ermengarde and Julia Ellinghaus as Rudolph. All three leading ladies are seniors and have been active in Manhasset theatre since middle school. Their roles kept the audiences in stitches throughout the show. Ermengarde’s soon-to-be husband, Ambrose Kemper, was played by Oswaldo Herrera. Oswaldo, a junior, effortlessly fell right into character.

The opening night performance was thrown a curveball when Kate Brady, home with laryngitis, was unable to perform. Understudy Regan Lavin stepped up and played Dolly. Lavin’s performance was wonderful, filled with poise and enthusiasm. Juniors Alexandra Bowman (Thursday/Saturday) and Amanda Capra (Friday/Sunday) played Mrs. Rose. On their off nights they filled the ensemble with great energy, both singing and dancing. 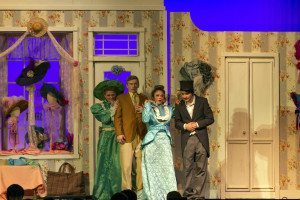 The sets were beautifully designed by Karl Heuglin, who has been working on Manhasset sets for 35 years. With the help of an amazing crew, Heuglin transformed the stage to 1895… a feed store in Yonkers, a hat shop in New York City and the extravagant Harmonia Gardens Restaurant. Behind the scenes, senior Nicole Rinaldi was the technical director/running crew hand. Rinaldi has been working on the crew since seventh grade. Michelle Marcisak, also a senior, was the stage manager/assistant director. Marcisak has been working tirelessly on Manhasset productions for many years as well. 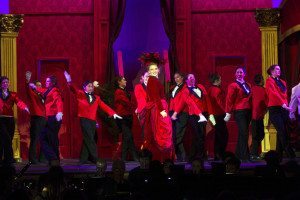 The show would not go on without Director Robb Fessler. “Fess” is the man with the vision. From casting the students to assisting Heuglin with the sets, Fess is part of every aspect of the production. He brings the costumes to another level by hand sewing them himself, and so the show is ready for Broadway. Another Manhasset alumna Penny Tadler, production assistant, was by Fess’ side working with the students and ready to help in every way. Special thanks to Adelina Hair Design, who donated their time to making the actors look like 19th-century ladies.