Joseph W. Eigo, Jr. passed away at home in Manhasset peacefully Saturday, Nov. 24, at the age of 89. 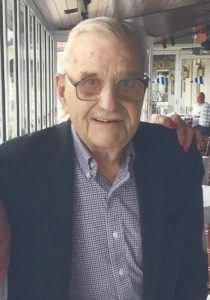 Born in Yonkers, N.Y. on Nov. 7, 1929 to Joseph W. Eigo and Elizabeth O’Rourke Eigo, he was known by most as Bill. He is survived by his loving wife of 57 years, Joan McCauley Eigo.
Bill Eigo grew up in Scarsdale NY where he attended Immaculate Heart of Mary before completing secondary school at the Canterbury School. He studied Mechanical Engineering at Cornell and was a fun loving member of Delta Phi.
Bill was a U.S. Army veteran where he served in Korea in 1953-55. Afterwards, he resumed worked in the family industrial distribution firm, A.N. Nelson.
Bill was an all-around athlete. Yet his true passion was the leadership, spirit and generosity he showed while directing on-the-field sports activities for the youth of Manhasset. During the 1970s-80s, Bill spearheaded the PBC football and lacrosse programs. Afterwards, he would become an avid booster of Manhasset High School sports. He lent his voice and wit many seasons to the play-by-play from the home field press box with his friends. He was graciously honored by his hometown of over 50 years by induction into the MHS Lacrosse Hall of Fame in 2001.
Along with his wife Joan, he is survived by their three children- Joseph W. Eigo III of Plano, TX, Daniel Eigo of Old Brookville, NY, Julie Eigo Scutaro of Upper Saddle River, NJ, and six grandchildren, Alexandra, Andrew, Sophia, Katherine, Jack and Nicholas. Bill was preceded in death by a sister, Sheila Collins and brother, Michael. He is also survived by a brother, Peter Eigo and sister, Betty Golden.
It is our father’s and family’s wishes, in lieu of flowers, friends might provide a donation to a charity supporting Leukemia treatments or a youth sports charity. 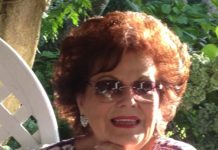