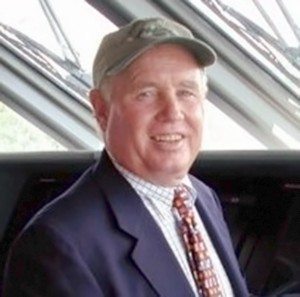 Former Owner/Chairman of Thomson Industries & Pillar of the sailing community passes away at 70.

The sailing community lost one of its best owner/drivers and a pillar of the sport when John B. Thomson, Jr., passed away in the evening of Wednesday, September 10, surrounded by family and loved ones after succumbing to the effects of ALS. He was 70.

Thomson Jr. was a beloved figure in his hometown and around the world. Husband to wife Adrienne, father to three children and grandfather to more, he was also the steady and kindhearted owner of the Infinity yacht racing team, which won many regattas around the world through the course of 40 years of buoy and ocean racing, spanning from the early 1970s into the 21st century.

Mr. Thomson was born May 31, 1944, in Mineola, the son of Louise Magoon Thomson and John B. Thomson, Sr. He attended the New York Institute of Technology where he earned an engineering degree. Upon graduation, he joined Thomson Industries, the company founded by his father, who, in the early 1940’s, invented the linear motion ball bushing bearing. Thomson Jr. rose to become chief executive officer and chairman of the company, and contributed many patents to the company’s line of proprietary technology.

Aviation was always a cornerstone of the Thomson family, starting with Thomson Sr.’s invention of the linear bushing bearing, which gave birth to the first variable pitch propeller. This tradition continued with Thomson Jr. becoming a skilled pilot, who flew his helicopters. His ability as a pilot is a key legacy of his business and personal life.

Thomson Jr. also had great effect in the sailing community. He began sailing at the age of 8 and later in life would go on to own a series of yachts named Infinity. His welcoming nature and hearty laugh were readily recognized at the many regattas he won, including the Kenwood Cup, SORC, Block Island Race Week, Key West Race Week, Antigua Race Week, and the Around Long Island Race.

Thomson was a member of the New York Yacht Club, Manhasset Bay Yacht Club, Royal Cork Yacht Club, and the Storm Trysail Club, for which he served as commodore. He was past director of the U.S. Naval Academy-Fales Committee, and one of the benefactors that helped the New York Yacht Club purchase its satellite clubhouse in Newport, R.I. He also was very active in owners’ associations for classes such as the International 50-Foot Association and the Farr 40 Class Association, and also enjoyed a skeet membership at the Sands Point Golf Club.

Thomson founded one of Long Island Sound’s greatest regattas, the Manhasset Bay Fall Series. Founded in 1979, the regatta is a premier event on the East Coast and used by crews as a final tune-up before heading to the winter racing season in Florida. The overall trophy is named in honor of his father, John B. Thomson, Sr.

With his wife and family at his side, Thomson always steered his yachts and believed in an amateur crew, which often included lifelong friends. In his honor, the New York Yacht Club and Storm Trysail Club together formed the John B. Thomson Award for Campaign Excellence.

Thomson Jr. was a staunch supporter of his community. He was a Trustee at the North-Shore-LIJ Health System in Manhasset, and served for many years as a Trustee at the South Street Seaport Museum, in New York City. Through his family’s charitable foundation, Thomson Jr. supported many local fundraising efforts, always choosing to keep his charitable giving “close to home.”

A tribute and celebration of John’s life will be held on Friday, Sept. 26, at Manhasset Bay Yacht Club in Port Washington, New York, from 3-8 p.m. In lieu of flowers, the family asks that donations in John’s honor be sent to The ALS Association Greater New York Chapter, 42 Broadway, Suite 1724, New York, NY 10004, or on line at www.als.org.