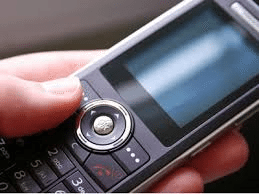 County Executive Edward P. Mangano and Acting Police Commissioner Thomas C. Krumpter are urging citizens to be vigilant when receiving telephone solicitations or emails from persons identifying themselves as employees of the Internal Revenue Service.

It has come to the attention of the Nassau County Police Department that individuals are receiving calls from persons claiming that they or a family member owe money for unpaid taxes. In these cases individuals are contacted by scammers claiming that they are federal employees and that the individual called owes money.  These victims are told they can avoid arrest, foreclosure or suspension/termination of services if they make payment.

The IRS does not and will not ask for credit card numbers over the phone, nor request a pre-paid debit card or wire transfer.

Other characteristics of this scam may include:

Residents should also be aware that there are other unrelated scams (such as a lottery sweepstakes) and solicitations (such as debt relief) that the department sees from time to time.

This information is being provided to residents to make them aware of these ongoing scams.  If you believe you may have been a victim of any of these scams, please call 911 immediately.

Anyone with information that could lead to the arrest of the individual(s) responsible are asked to call Nassau County Crime Stoppers at 1-800-244-TIPS (8477).  All calls remain anonymous.