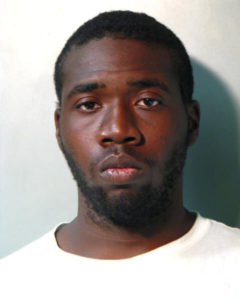 Nassau County Police reported the arrest of a homeless man for a grand larceny that occurred on Tuesday, Sept. 4, 2018 at 3:10 p.m. in Manhasset.

According to detectives, Gilbert Stanton, 23, who is homeless, approached and entered the driver’s side of a vehicle that was parked with the engine running in the parking lot of 1410 Northern Boulevard, Manhasset, the Staples parking lot. Inside the vehicle were three juveniles who exited the vehicle before the subject drove away.

The subject drove off and was involved in an auto accident at Northern Boulevard and Clapham Street by St. Mary’s Church. He left the scene and continued driving to the South Service Road of the LIE where he collided with a box truck stopped in traffic at the intersection of New Hyde Park Road. Stanton was apprehended by responding officers, who placed him under arrest without incident. No injuries were reported.

The defendant, Gilbert Stanton, is charged with Grand Larceny 3rd Degree, Criminal Possession of Stolen Property 3rd Degree, three counts of Endangering the Welfare of a Child and several New York State Vehicle and Traffic Law violations. He will be arraigned on Wednesday, Sept. 5 in First District Court in Hempstead.