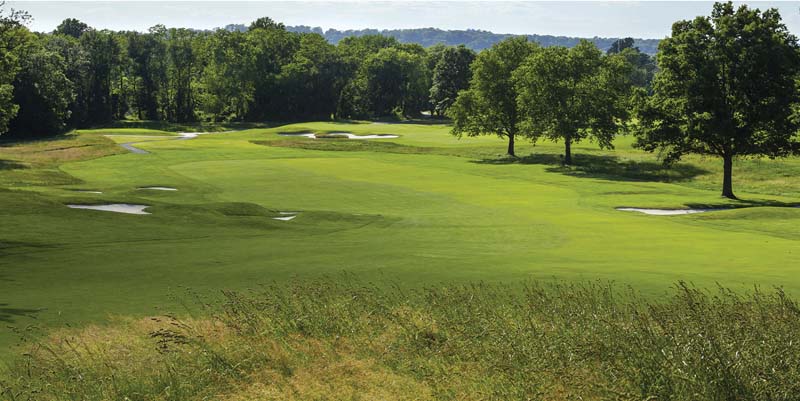 Nestled among 210 acres in Roslyn Harbor on Long Island’s North Shore, the Engineers Country Club is a premier private club whose origins date back to 1917. Currently enjoying a major renovation, the club is accepting new members and reservations for private functions or golf outings. Part of the club’s rebirth is the hiring of Master Chef Steven De Bruyn, who previously had stints at the New York Athletic Club, but was best known for running the kitchen over at the Garden City Hotel from 1994 through 2012. Having spent most of the past few years working as a personal chef, De Bruyn is thrilled to be back on Long Island, particularly at the Engineers Country Club.

“Now, I’m back in my old neighborhood and everyone seems to be very excited,” he says. “Long Island is where I started to grow roots.”

Hailing from Belgium, De Bruyn studied at Ter Duinen, the most reputable culinary school in his native country. While there, he developed a love for international cuisines and local flavors. It’s an experience he got to recently relive last year working in Provence in the south of France. While there, he ran the kitchen of his friend’s five-bedroom inn, Domaine de Claude, preparing nightly farm-to-table tasting menus. It was an experience De Bruyn looks back on fondly.

“We did a nightly tasting menu. All the ingredients and fruits that we used were from our own orchard, and we even made the olive oil ourselves,” he says. “It was really cool. The goat cheese was from a little bit up the hill, and we used goat milk in our desserts. It was an awesome experience. It was very close to the coastline. Actually, one of the housekeepers’ brothers-in-law was the fisherman who we got our fish from.”

It’s this kind of organic approach to cooking that De Bruyn is looking to bring to the Engineers Country Club.

“My goal is to not offer what I was doing in Garden City. I want to offer them something a little bit more personalized, more towards a country club setting and much better than what I was doing back then. I always try to do better today than what I did yesterday,’ De Bruyn explains. “I like to bring a little bit of the farm-to-table type feel to the club. Nothing over the top. Something we can still relate to, but with a nice little twist.”

The Engineers Country Club is located at 55 Glenwood Road in Roslyn Harbor. Visit engineerscc.com or call 516-621-5350 for more information.