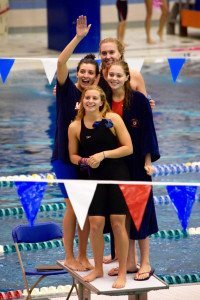 After back-to-back, third place finishes in the overall Nassau County Champs, The Manhasset Girls Swim Team had their sights on the top spot. During the dual meet season the Indians finished second to Long Beach, after defeating Garden City for the first time in program history. In contention for the County Championship was undefeated conference champ Long Beach, 16 time defending County Champion Garden City, three time defending Conference 1 champ Bellmore-Merrick and Manhasset. The anticipation around the county was for one of the greatest county meets in history.

The meet certainly lived up to the hype in a highly competitive showdown that brought out the best in every team and athlete. When the meet was over, a record number of athletes 43 from Nassau County qualified for State Champs.

The Manhasset Indians certainly did their part, swimming lights out to have their best county meet in program history. In the process, the Indians seemed to set every program record and school record—well almost. The team sent a record number of qualifiers, 20, to compete in the championships. A record number of 13 girls competed in the finals round. A team record 15 top 10 finishes were recorded and the team finished with the highest point total 447 in school history. The Indians also broke 8 of 11 school swimming records.

In the day’s final event, the 400 Freestyle Relay of McNeary, Madeline Kang, Johnson and Mulholland swam a school record time of 3:43.58 finishing fourth.

The team scores for counties were Long Beach in third with 421.5 points, Manhasset with 447 points in second and Garden City with 500 points was first. 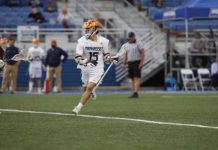 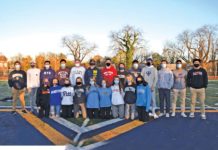 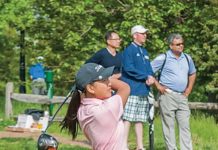