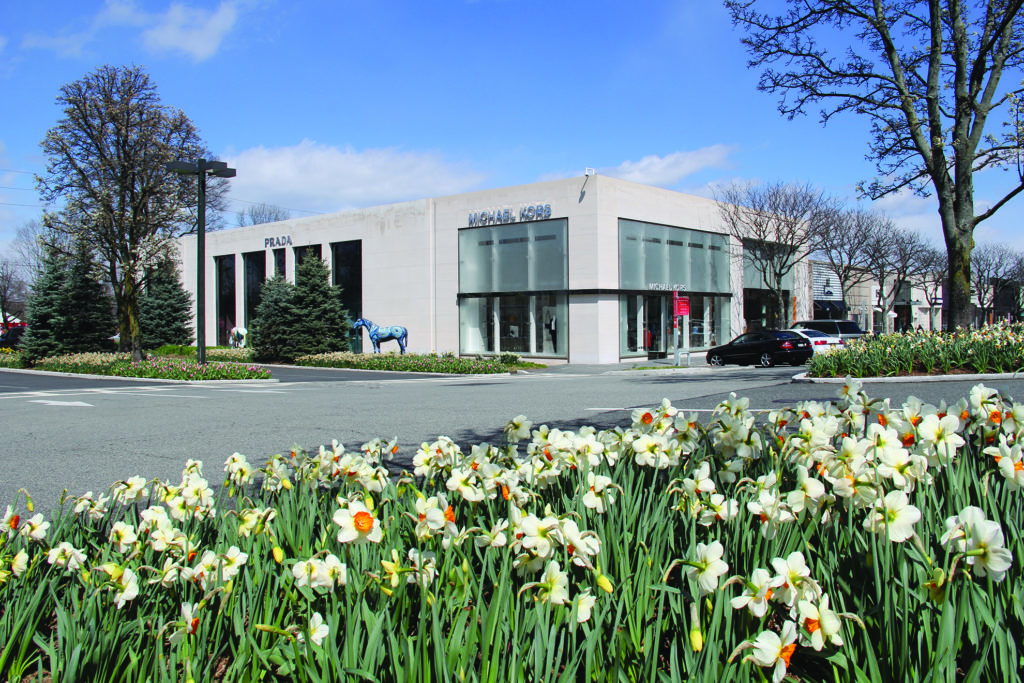 Most of Manhasset has cesspools, but the Americana decided to go a different route and break from the norm. They are currently halfway through the process of hooking up a new sewer line with the Great Neck Water Pollution Control District (GNWCPD).

“It’s a better alternative to bring the shopping center into a modern age and be environmentally conscious,” said Alex Wong, vice president of acquisitions and development at Castagna Realty Company, Inc., which owns the Americana. “We’re currently on cesspools and Great Neck [Water Pollution Control District] provides a significant caliber of waste water treatment, so it’s better for the environment, better for the community.”

Castagna Realty got approval of the project from the New York State Department of Transportation in January and started construction at the end of April. Wong expects the sewer line to be finished at some point in October.

“We’re hoping to be done as fast as possible with minimal disruption in traffic and we think it will bring the shopping center better quality of environmental consciousness,” said Wong.

Castagna Realty will pay for the project out of their own pocket, with no expense to the tax payer. The new sewer line will run from the Americana to an existing GNWCPD line on Northern Boulevard by IHOP, a .8-mile distance.

“We’re horizontally drilling so it’s going to be as minimally disruptive to the traffic pattern in the area,” said Wong. “It’s great technology where we will set up a small station and drill 300 to 500 feet underground and then we will set up a station there and connect and hop along 25A doing that. We don’t have to open cut or redo the road and afterwards we’re actually re-doing the entire shoulder on the south side of 25A. We’re trying to improve that whole corridor along the work area, not just disrupt it.”

Castagna Realty will also be making improvements to the landscape and storm drains along the shoulder as they do the construction. There will be a pump station at the east side of the shopping center, but Wong says it will be minimally visible to the patrons they serve.
Switching from cesspools to sewers has many environmental benefits, but it can also provide economic benefits as well.

“It’s mostly environmental,” said Wong “For new construction, it’s more economically feasible to connect to sewer rather than a cesspool. Generally, cesspools have a fixed life of 15 to 25 years, so connecting to sewer extends the life and quality of the waste water treatment services.”

Through the Manhasset Chamber of Commerce, many businesses on Plandome Road have expressed a desire to connect to a sewer line and hope to follow in the footsteps of what the Americana did. The GNWCPD has a capacity of 5.3 million gallons and currently filters three million gallons of sewage a day; the Americana will add 30,000 gallons to the system.

“We have capacity in our system,” said Chris Murphy, the superintendent of GNWCPD. “If we can have parcels come off of septic and into our sewer system it’s better for the environment and the water. If we have capacity, we would love to have people come in. We’re not knocking on doors, we’re a municipality and a utility so we’re here to service the residents.”

“Environmentally, it’s always better to go to the sewer,” said Murphy. “When you get to the point that the septic system is becoming a bear as far as maintenance and upkeep in cost then going to a sewer, not only environmentally, but also economically looks a lot more feasible.”

For restaurants, especially, emptying out the cesspool constantly can be a massive financial burden. They can also be a huge cost to the environment.

The Manhasset Bay has tested positive for coliform, a bacterium that comes from the colon. According the New York State Department of Health, if coliform bacteria are present in your drinking water, your risk of contracting a water-borne illness is increased. Although total coliforms can come from sources other than fecal matter, a positive total coliform sample should be considered an indication of pollution in your water. Positive fecal coliform results, especially positive E. Coli results, should be considered indication of fecal pollution in your water.

“Cesspools are pretty much directly injecting a whole bunch of bacteria and nutrients,” said Manhasset Bay Protection Committee Executive Director Sarah Deonarine. “Bacteria is bad, we can’t eat shellfish out of there. If the bacteria gets too high, you can’t go swimming there. Nutrients are bad because that will spark a whole lot of algae to grow…when the algae decays, it creates a dead zone. There is not enough oxygen to support life”

Deonarine, who has a master’s degree in Marine and Atmospheric Sciences from Stony Brook University, sees a lot of the pollution in Manhasset Bay coming from the cesspools in Manhasset.

“Cesspools don’t really treat much of anything,” said Deonarine, who worked for the New York State Department of Environmental Conservation for seven years. “It goes into the ground water, what flows downhill ends up in the really shallow part of Manhasset Bay that does not get flushed by the incoming tide very well because it’s so far from the opening of the Long Island Sound that it is not very deep.”

One of the nutrients that leads to the dead zones that Deonarine referenced is nitrogen. Its contents are extremely high in sewage. However, if the sewage goes to a waste water treatment facility, they are able to filter most of the nitrogen out.

“Waste water from a house has tremendous amount of nitrogen that goes into the ground,” said Murphy. “When we get waste water into our treatment plant, we remove upwards of 90 percent of all the nitrogen.”

While the majority of Manhasset is living the cesspool life, the surrounding environment may only be saved by a sewer system.

“In 2019, to be flushing a toilet and having it going into the ground is really not the way we should be going,” said Murphy. 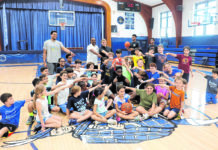 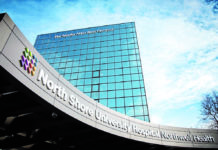 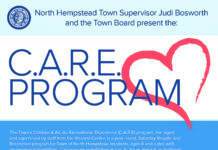