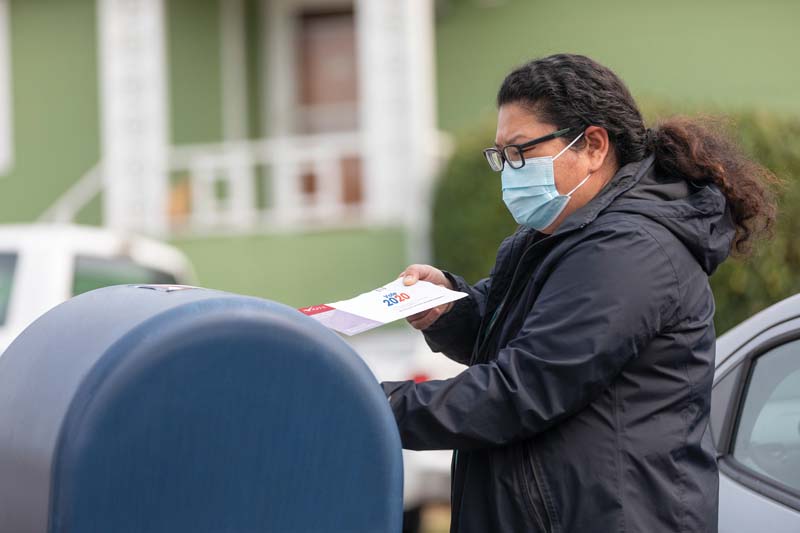 The incumbent, Democrat State Senator Anna Kaplan, has declared victory in the race for Senate District 7 against former Port Washington Police Commissioner and Republican candidate Dave Franklin. Franklin has yet to concede the race, as more than 35,000 absentee ballots have yet to be counted and no one outside of the Kaplan campaign has declared a victor.

Kaplan currently leads Franklin, 51.9 to 48.1 percent, with a margin of 4,452 votes. Absentee ballots in New York States are expected to be counted at some point around Nov. 10.

“As a former political refugee, being elected to represent my neighbors in the New York State Senate has been the honor of a lifetime, and I’m extremely humbled that the people of Nassau County have placed their trust in me to be their Senator for two more years.” Kaplan said in a statement declaring victory early Wednesday morning. “As we move forward, it’s more important than ever that our community comes together so that we can address the challenges we face due to the coronavirus pandemic, and I look forward to continuing that work on behalf of Long Island families and small businesses across New York State.”

Franklin put out a statement on Twitter and Facebook after Kaplan declared victory, saying he would not concede the race.

“While my opponent has chosen to declare victory, I will remind her that there are still 30,000 absentee and write-in votes to be counted and I have yet to concede,” Franklin said. “This is not sour grapes, this is the process. We owe it to our voters to complete the process, and I’m guessing that if the situation was reversed my opponent would do the same thing. Stay tuned.”

“The Senator has a significant lead in the current vote total, and the overwhelming number of outstanding ballots were cast by Democrats,” Kaplan’s Director of Communications Sean Ross Collins said. “It’s customary in situations like this to declare victory. Ultimately in a few weeks the final vote total will be tallied and the race certified, and that will happen whether or not Mr. Franklin chooses to concede.”

However, the Franklin campaign believes they may be able to pick off some Democrat-registered voters that sent in their absentee ballots.

“There was a huge surge with a movement called Dems for Dave, and I don’t think that anything is in the bag until all votes are counted, and all votes should be counted, that’s what’s fair,” Franklin Campaign Manager Meagan Parker McCarty said.

Both campaigns spoke about the unique circumstances of running this year with the pandemic posing many challenges, including the reason behind so many absentee ballots yet to be counted. A final tally of votes is expected within the next two weeks.