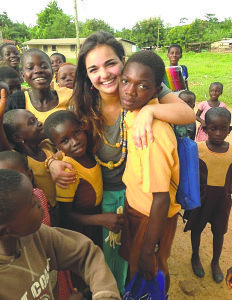 This remarkable young woman has raised more than a million dollars for the charity she started when she was just 16.

Devon Leondis is a rare individual. For her 16th birthday, instead of asking for gifts, she requested donations to build a fresh drinking water well in Africa. Five years ago, she created a nonprofit organization. Now, at age 21 and a full-time college student, she’s in the process of building an entire village in Ghana, a unique endeavor.

“Ever since I was a young girl, I always dreamed of going to Africa and building an orphanage,” Leondis says. “It always sounded kind of crazy.” When family, friends or teachers asked her what she wanted to do when she grew up, that’s what she told tell them. “It was always inside of my heart.”

“We are so excited about this endeavor—and seeing these
precious lives transformed from despair to hope for a bright future.”
—Nydia DiCarali, business development officer, Project Nyame Nsa

When she asked for donations in lieu of birthday presents, Devon hoped to raise enough money to drill one well. She was amazed to have received $7,000, enough to fund three wells. She reached out to the Christian Broadcasting Network’s Operation Blessing, which digs wells in the most remote places in Africa, as well as provides shelter, food, medical assistance and spiritual hope to those in need around the world. 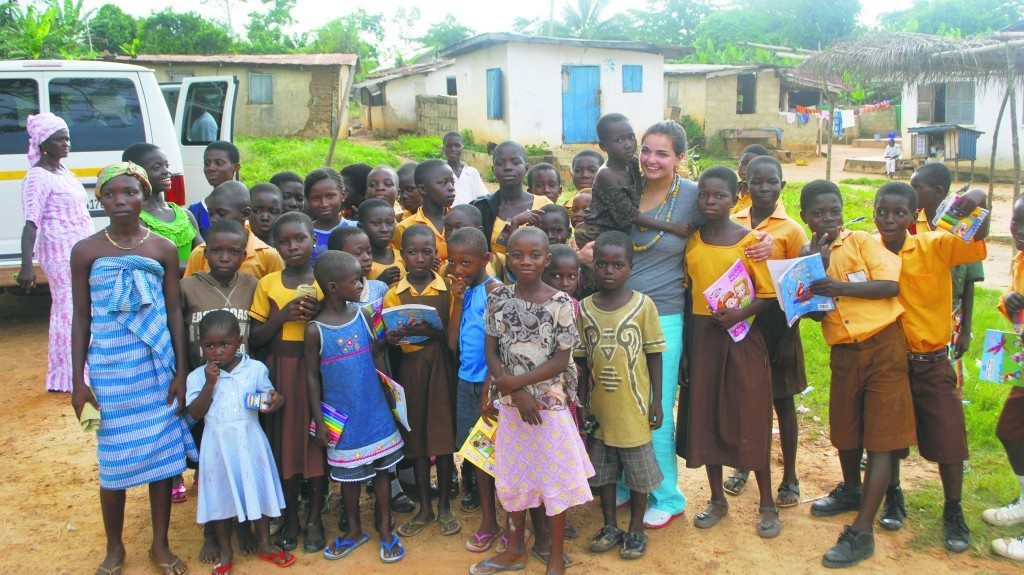 In 2010, Operation Blessing arranged a trip for Leondis and her father, Steven, to visit the location of the wells. “My eyes were opened to a whole world outside of Manhasset. There was so much need,” Leondis says. She recalls riding in a taxi and seeing small children picking up trash by the side of the road. The driver explained they were looking for something to eat or sell. “To see with my eyes firsthand what was going on…, it was really amazing to see that. And it humbled me.”

The visit reinforced Leondis’s dream of building an orphanage. Upon her return, she and her father created the nonprofit organization Project Nyame Nsa, which in the local Ghanian dialect, Twi, means “God’s helping hand.” Leondis discussed with her friends at Operation Blessing how to turn her vision into a reality. They helped her determine what the people needed there and how to give them something stable, functioning and long-lasting. 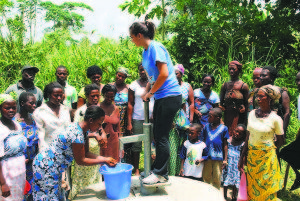 “The vision exploded into something much bigger,” she explains. Instead of building a traditional dormitory-like orphanage, Leondis is building the Village of Hope, where children will be raised and cared for in a family setting. “The orphaned children will be in an apartment with foster parents and other siblings, so they are really getting that holistic family environment that every child needs to grow,” Leondis says. The goal is to dignify orphan care.

An anonymous donor provided funding for the five-acre plot of land 45-minutes outside the capital city, Accra, in 2013. It took about a year to clear the land, run power lines and put up walls to provide security and peace of mind for the children. 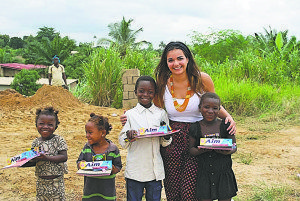 During the past year and a half, Project Nyame Nsa has raised more than $1 million. With that money, Leondis and her team are building a chapel, a guest house and the first apartment building, to be complete by July 2016. Families will begin moving in at that time. Then, with additional funds, they will construct two more apartment complexes. Each one will provide homes for as many as 48 children and eight at-risk families.

In addition to those structures, the village will contain a playground, a sports facility and a fish and rabbit farm to provide sustenance to the villagers. Children will attend local schools in the community. 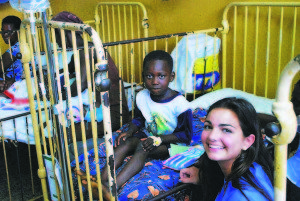 The design is completely different from other models. Project Nyame Nsa has partnered with Orphan’s Promise, which has 80 functioning orphanages all over the world. It’s the first time they have encountered a project like Leondis’s. “They express a lot of interest in the vision we are trying to create,” she says. In addition to providing stable homes for orphaned children, the Village of Hope is helping the economy by providing jobs to local workers in Ghana, where the unemployment rate is 70 percent.

“It was really important for us to help the local community and help their families,” says Leondis. She has visited the site twice since construction began. “Just seeing these men working so hard, it’s really inspiring.” 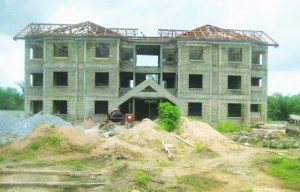 “It consumes me. It’s everything I think about,” says Leondis. “When I think about graduation next year, I just can’t help but think this is going to be my life.” She doesn’t know yet if she will be living in Ghana or New York. “I’ll let the future decide, but I know this is something I want to let grow and expand.

“This might be the first of many villages that are coming,” says Leondis, continuing to plan and dream. “If not in West Africa, then in other places all over the world.”

For additional information or to make a contribution, visit www.projectnyamensa.org. Visit Project Nyame Nsa on Facebook.