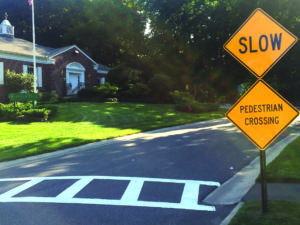 The Village of Flower Hill Board of Trustees met for its monthly meeting at village hall on Aug. 6 to discuss a local law on small cells, road work and four local laws.

The village held a public hearing on local law H-2018 amending chapter 235 wireless telecommunication facilities, that states, “in recognition of advancing technology and the increased demand and need for wireless communications towers and other transmission facilities, the village board hereby determines that it is in the public interest to regulate the siting and installation of such facilities within the village in order to protect public safety and welfare.”

“The reason we’re doing this is that North Hempstead in general and all of the villages within have been approached by companies who have wireless communication devices which are called small cell and when we looked at our telecommunication law it really only talked about cell towers, so we needed to update our laws,” said village administrator Ronnie Shatzkamer. “So we went to [New York Conference of Mayors] which is our agent in the field which helps us with legislation. They gave us some ideas, some sample legislation. They gave us some direction to go in and what we did is merge some of these sample laws into our existing law and came up with this. I think it’s pretty thorough.”

“They are installed in areas with spotty service and increase the speed of the Internet, allow a more responsive Internet and connect more devices at once,” said Shatzkamer. “The Federal Telecommunication Act of 1996 regulates wireless providers proposing to build wireless facilities in the right of way and limits the powers of local government to regulate siting. The proposed installation would be placed on 18 existing poles in the right of way throughout the village.”

Trustee Randall Rosenbaum asked if the fee the village was asking for in the proposed local law was too low. The fees proposed include a $500 small cell application fee upon submittal of a completed application for review and an annual small cell permit fee for placement on existing private utility poles is $1,000 per year, on existing village utility poles is $1,500 per year and for placement of new poles in the right of way is $2,000 per year. Failure to pay the annual permit fee will result in an imposition of a 5 percent penalty fee, additional collection fees if necessary and suspension or revocation of the permit.

“The company that approached us [ExteNet] had suggested a much lower fee and this was the fee that was actually gotten by the city of Syracuse,” replied Shatzkamer. “Most of the suggested fees, our fellow municipalities are asking for are less.”

The board will continue the public hearing on this local law at its Sept. 4 meeting.

Regarding road work, Shatzkamer explained that Mayor Robert McNamara has signed the contracts for the 2018 road project with the start date set for Aug. 13 and the end date set for mid-September. Superintendent of public works Richard Falcones said that the highway department put up the new “slow pedestrian crossing” signage, and the crosswalks on Stonytown Road and in front of village hall and Stonytown bike path were redone.

“At the last minute the senate gave Senator [Elaine] Phillips a $6 million package to distribute to all of her communities,” said Shatzkamer. “She’s looking to get us $125,000 that we can certainly put toward our roadwork this coming summer so we’ll keep our fingers crossed. Between Senator Phillips’ money and the CHIPS money, the roads will be paved pretty much entirely and the rest of that money will be set up in a capital reserve fund for Middle Neck Road as a future project.”

McNamara explained that Nassau County decided to award the bid, but another committee has to approve the award before the county will share information about the road with the village.

“Once we own Middle Neck Road, I want to put together a small committee of trustees to come up with a strategic plan to see how we want to use our money,” said McNamara.

Also at the meeting, the board changed its filming policy to limit homes to two productions per year. 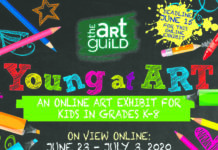