The Manhasset-Lakeville Fire Department Companies 1, 2, 3 and the Ambulance Unit were dispatched to the intersection of Bourndale Road North and Chester Drive for
a reported house fire last Friday, Feb. 13 at 5:02 p.m.

Chief Michael Farrone and Deputy Chief Mark Kiess as well as M-LFD ambulance were the first units on the scene. The initial call was in response to a call from a resident two blocks away stating a house was on fire in that area. Seconds later, the dispatcher advised that multiple calls were being received through FireCom,
all reporting a house fire at
32 Brookwold Drive.
The ambulance was the first unit to arrive on scene and reported “smoke showing” and confirmed that all occupants were out of the house. Kiess signaled for a working fire in a 2½-story private dwelling and reported that there was smoke exiting from all sides of the structure with a visible fire in the rear.
Company #1 was the first unit to arrive on the scene and proceeded
to quickly stretch a hose line
through to the first floor, where
the firemen made an aggressive
push and knocked down the main body of fire which was located in
the rear half of the house. There
was significant extension of the fire to the second floor and attic. A total of three hose lines were used to extinguish all fire.
The fire was placed under control within an hour and  an extensive overhaul took place on the second floor to make sure all pockets of fire were extinguished. The Nassau County Fire Marshal’s office is currently investigating the cause of the fire. There were no injuries and all units were released from the scene within two hours.
32 Brookwold Drive is the current residence and home of T.J. and Andrea Costello and family. Costello, a member of the Manhasset Chamber of Commerce, was recently installed as the second vice president of the board. Their Plandome Heights home was devastated by fire. According to the insuring agent, Nancy Morris, the home is uninhabitable. She is assisting the couple during this time to get things in order and find a rental while they are rebuilding. Though the building is still standing, the family has lost all of their belongings including their beloved pets, a cat and recently adopted dog.
Neighbors Reaching Out
At this time, the Munsey Park Women’s Club together with the Mothers’ Group of Manhasset are launching an effort to support the Costello family through a gift card collection.
The family is in need of toiletries, clothing, household items and other
necessities. Suggested stores are: Target,
Raindew, King Kullen, Staples, Macy’s, etc.
Gift cards (in any amount) can be dropped off to the following locations marked “To the Costello Family with your name” or anonymously:
Katina Vassiliou at 29 Peale Rd. in Munsey Park; Nancy Lefkowitz at 7 Heights Rd. in Plandome; Heidi Franchetti at 90 Abbey Road in Munsey Park.
All donations are greatly appreciated. 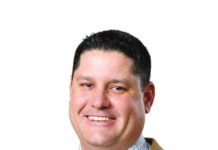 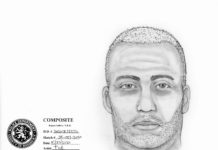