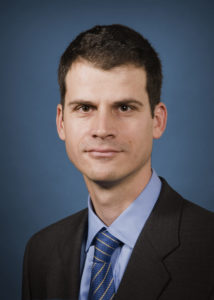 Feinstein Institute for Medical Research Professor Philippe Marambaud, PhD, was awarded a four-year, $2 million grant from the Department of Defense (DOD) and a four-year, $1.6 million award from the National Institutes of Health (NIH) for separate studies to identify existing Food and Drug Administration (FDA)-approved drugs that can be repurposed to treat the rare bleeding condition called hereditary hemorrhagic telangiectasia (HHT). The DOD grant is the largest ever awarded to research HHT and is part of a multi-institutional consortium led by Dr. S. Paul Oh from the Barrow Neurological Institute in Phoenix, AZ. Each study has the potential to fast-track the first therapies to treat the disease.

HHT is a genetic condition which causes patients’ blood vessels not to form properly. Their blood vessels develop abnormal shunts or holes that bypass the capillaries and could result in severe bleeding. In most cases, bleeding in tissues and organs can be treated by a doctor who cauterizes or embolize the point of the bleed. These interventions treat HHT symptoms; they do not address the condition. Furthermore, in some organs, such as the liver, these procedures cannot be performed and often require a liver transplant if the bleeding cannot be stopped. Dr. Marambaud hopes to identify therapies specifically tailored to correct the molecular defects associated with HHT, an approach that could provide a solution to prevent or even reverse the formation of the abnormal vessels and the resulting bleeding.

“Currently there is no treatment for hereditary hemorrhagic telangiectasia other than trying to stop the bleeding,” said Dr. Marambaud. “We’re extremely grateful for the support from the DOD and the NIH to allow us to continue our search for a treatment for this highly debilitating disease.”

In this multi-site DOD study, Dr. Marambaud, along with Feinstein Institute Associate Professor Lionel Blanc, PhD, will identify potential drug candidates from existing FDA-approved medications to help reduce the loss of blood vessel function associated with HHT. Dr. Marambaud’s findings will then be tested in human clinical trials at Toronto University, which houses the largest HHT care center in North America. Other institutions involved in the study include the Barrow Neurological Institute, Duke University and Pittsburg University. The DOD has placed a research focus on vascular pathologies, like HHT, that might affect military personnel. HHT, although relatively rare, can be highly debilitating and is expected to affect military personnel at the same prevalence as the general population.

As part of the NIH study, Dr. Marambaud and his team will work to better understand the genetic causes of HHT to identify new therapies. HHT mutations are mostly found in the ALK1 and ENG genes and lead to a loss of function in the signaling associated with these genes. Researchers will examine collections of FDA-approved drugs to identify molecules capable of activating ALK1 and ENG signaling. Drugs identified in this study can then be tested in humans in a clinical trial.