Faye Doomchin, 66, was arraigned on Aug. 28 before Judge Robert Bogle and charged with Murder in the Second Degree (an A-I felony). The defendant was remanded and is due back in court September 17. If convicted of the charge she faces a maximum sentence of 25 years to life in prison.a Great Neck woman was arraigned on a grand jury indictment charge for allegedly stabbing a woman to death. 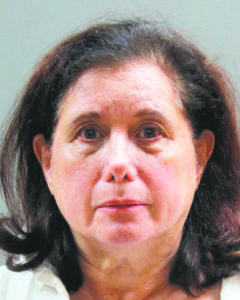 “After lunch together, this defendant allegedly stabbed and killed an innocent 61 year-old woman with a kitchen knife, without warning or provocation,” DA Singas said. “This is a horrific and senseless crime and my heart goes out to Denise Webster’s family as they mourn her loss.”

DA Singas said on August 13, at approximately 4:00 pm, the defendant allegedly stabbed 61-year-old Denise Webster once in the chest with a kitchen knife. The defendant, the victim and other friends had just finished lunch when Doomchin allegedly stabbed Webster in the defendant’s living room. Webster, of the United Kingdom, was in the United States on a three-week visit and was with a friend who introduced her to Doomchin.

The charges are merely accusations, and the defendants are presumed innocent until and unless found guilty.