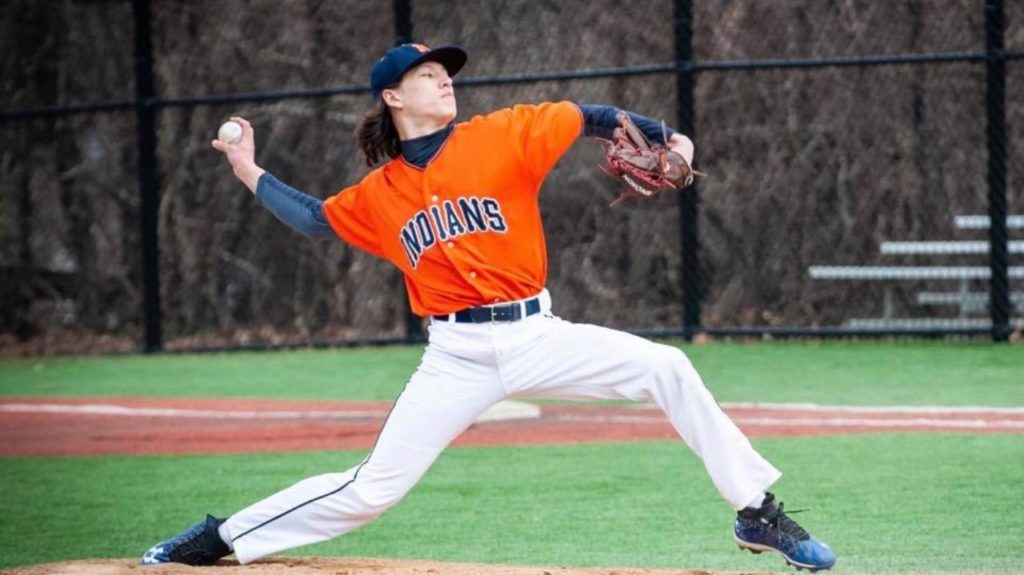 He’s got the ability to throw the hammer and to use it in the batters box as well—not to mention the long hair. Manhasset Secondary School senior Jay Schlaefer is a pocket knife that works in silence.

“Jay is very quiet, he is very hard-working,” said head coach Mark Giordano, who coached Schlaefer on junior varsity his freshman year and then again after being promoted to varsity head coach for the next three years. “He keeps to himself, but he has a lot of friends. He gets along with everybody. Nobody who you will find has anything bad to say about him.”

The All-County baseball player has been the team’s ace for the last three years. He throws a 2-seam fastball in the mid-80s, a nasty slider that is his strikeout pitch and a developing changeup that he started throwing more consistently this year to great effect. Schlaefer was 5-1 this past season with a 1.50 ERA, 46 strikeouts, eight walks and four complete games in 35 innings of work.

“He loves to attack hitters, but he is also a very cerebral baseball kid,” said Giordano, who coached Schlaefer on the varsity soccer team as well. “He knows the game, he is a student of the game. He studies our charts and he knows every hitters tendencies. He’s very studious on the mound. You wouldn’t teach people to do things the way he does them, but he is such a freak athlete. He throws the ball from all weird and awkward angles when he is defending bunts and picking guys off. He’s a bit unorthodox.” 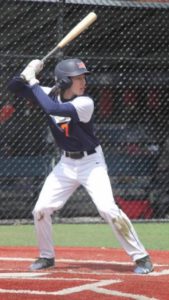 Schlaefer’s athletic ability is apparent. He started at right-back for the varsity soccer team this past fall and played center field for Manhasset in his sophomore and junior year. Giordano moved Schlaefer to right field for his senior year after the introduction of Michael McGoey in center.

“Moving to right was a lot different, but I think overall it went pretty smoothly,” said Schlaefer. “I was pretty understanding of what we needed to do to win—put our best nine players out there at all times.”

Schlaefer’s was no slouch at the plate either. He had a .424 batting average, .547 on-base percentage, three homeruns, 14 RBI, 25 runs, 11 walks and 13 stolen bases over the regular season from the leadoff spot.

“I really love hitting in the leadoff spot. I have really grown to learn what types of pitches pitchers like to throw there,” said Schlaefer, the Hamilton College commit, where he will pitch and play the field as well. “I really love starting off games and creating momentum for my team. I think that is why my coach put me there.”

His teammates started calling him Thor after he hit pitched a complete game and hit a dinger in the sixth inning to beat North Shore, 1-0, in the playoffs. Noted Thor resemblant, New York Mets pitcher Noah Syndergarrd, did something similar two weeks prior.