Nassau County and federal officials recently announced the dismantling of a multi-million dollar illegal drug pipeline running from Mexico to New York City and finally to communities on Long Island. 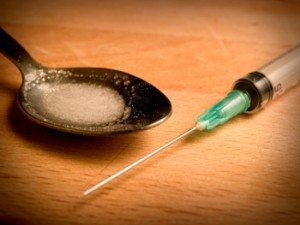 Investigators tracked the source of heroin being sold by two defendants in Nassau communities including Manhasset and Great Neck back to a drug pipeline centered around Bronx resident Cesar Romero-Astudillo, also known as “Menor.” Romero-Astudillo led a drug trafficking network that funneled narcotics by vehicles driven from Mexico and inside “mules” flying from California—all destined for New York City and Long Island to fuel a deepening epidemic of heroin.

In total, nine individuals from Mexico, California, Brooklyn, the Bronx and Queens were indicted and arrested as part of an ongoing investigation by District Attorney Kathleen Rice’s office in conjunction with the Nassau County Police Department, the Special Narcotics Prosecutor of New York City and the U.S. Drug Enforcement Administration’s Task Force.

“This case proves that the battle lines in our fight to save lives in the midst of a devastating heroin epidemic don’t end at any border. We tracked the supply of narcotics entering our region from the source, and in the process, dismantled a drug trafficking network that stretched from Mexico to New York,” Rice said. “This case sends a strong message that those who profit from a drug trade causing misery and death for so many will be held accountable at every level of our criminal justice system. I want to thank the Office of the Special Narcotics Prosecutor, the Drug Enforcement Task Force, and the Nassau County Police Department for their diligent efforts to help bring these defendants to justice.”

The investigation took down a drug pipeline that has trafficked in several million dollars’ worth of heroin in the New York area, as well as cocaine, MDMA (aka ecstasy or molly) and anabolic steroids sold via Craigslist.